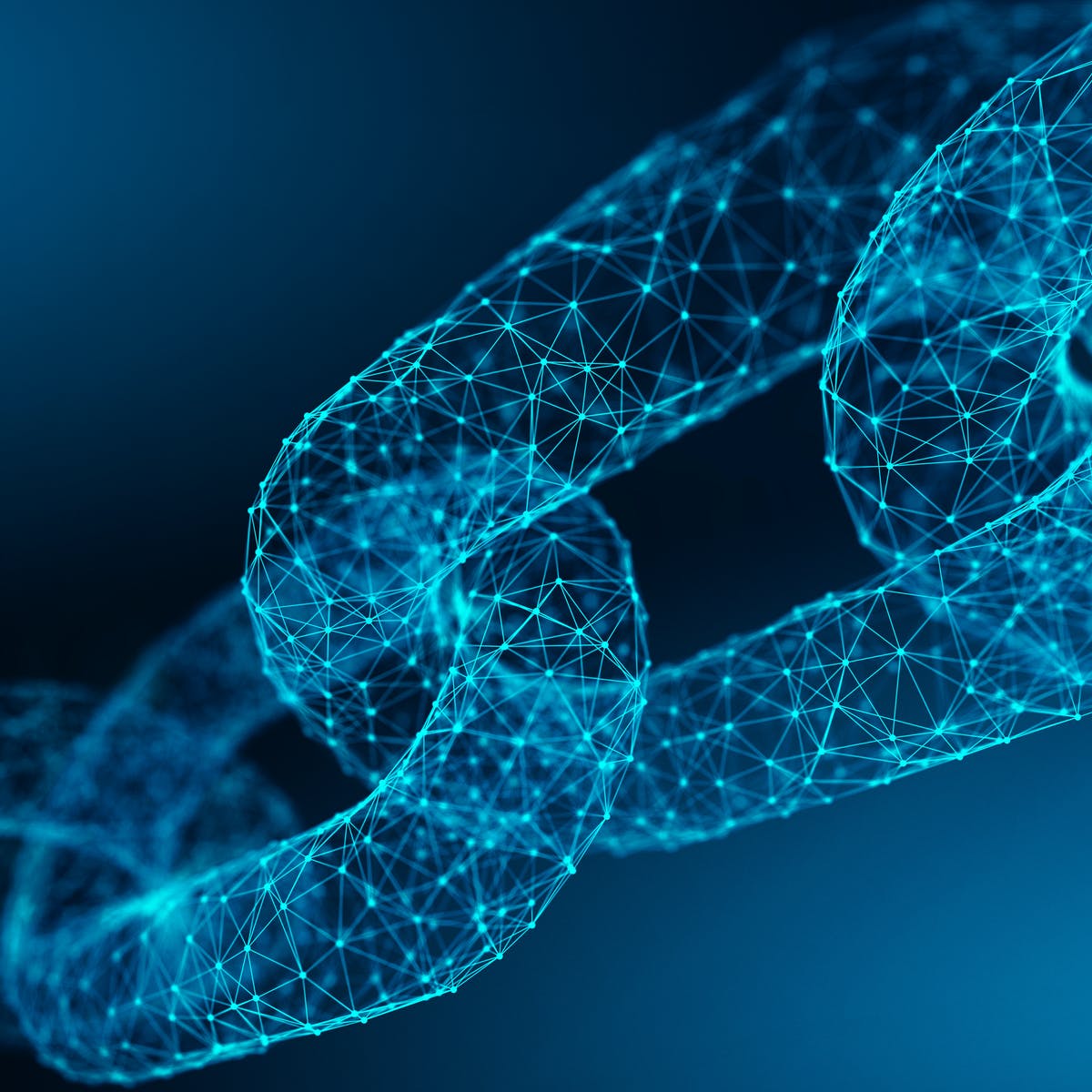 Blockchain technology has the potential to change the way corporations are managed and how they function. A system that offers greater decentralization and ability for shareholders to more actively and accurately engage in decision-making processes will be fundamental for modern corporate governance. We observe that shareholders in recent years have become more active and interested in the corporate matters of the companies that they invest in. Decades after Adolf Berle and Gardiner Means’ elemental publication, the division between investment and control persists primarily because of the existing architecture of the corporate system. But the architecture is changing and blockchain technology represents a new component. Thanks to the technological development, shareholders could strengthen their voice and take part in long-term corporate decisions. Could technology be the answer to the long-lasting division between corporations and their investors as well as the division between investment shareholders and retail shareholders? If we organized a corporation, its information, and its decision-making mechanisms based on a new technology that promotes collaboration and can easily encompass incentive mechanisms, we might have a tool to provide more efficiency and transparency, and even potentially address the values (or a lack thereof) that govern our corporate system today. This Article provides an analysis on the opportunities and potential challenges of using blockchain technology for the purposes of corporate governance in publicly traded corporations. Beside the inquiry into the technology behind blockchain, the Article reflects on what value, if any, blockchain technology would have for shareholders and suggests how the technology could be used in publicly traded companies.

Blockchain is for the upcoming decade what Internet was for the 1990’s.

It is a technology that represents, in the simplest terms, a new infrastructure for communication, data storage, and management. It is a database which can operate without a central administrator. Many automatically associate blockchain with Bitcoin or other cryptocurrencies, yet the essential idea behind blockchain is much more intriguing. Blockchain is a database, a foundation, on which a platform, software, or application can operate. Blockchain is bringing a new opportunity to create new systems that will be able to function without a central administrator. This ultimately changes the dynamic in the cyber world and provides an opening for a new generation of decentralized solutions.

Blockchains are widely accessible and can facilitate economic and legal transactions. They are being tested to manage the operations of existing legal entities, serving as frameworks that can potentially develop into networks. Such networks might prove beneficial for diverse organizations across the world, be it an international corporation, lengthy supply chain, or a government. Blockchains aim to help diverse stakeholders come to an agreement even if they do not know each other and provide them with an infrastructure for flow of information, data, money, or anything that can be digitized. They can provide a space for decentralized communication platforms, file-sharing applications, social networks, and voting mechanisms in publicly traded companies.

This Article reflects on the possibility of corporations using blockchain technology, focusing on empowering the position of shareholders in publicly traded companies. The technology, its advantages, risks, and limitations are critically reviewed in order to understand how the technology works, but also whether the technology provides any additional value for shareholders and companies. Besides the efficiency rationale, one could argue that using blockchain could streamline voting and increase shareholder participation. Blockchain could eliminate plausible fraud by making votes immutable, verifiable, and traceable. The decentralized ledger of shareholders would also reduce the need to enlist proxy solicitation firms to track shareholders because the information would be easily accessible. Empty voting could also be minimized. Therefore, there are a number of theoretical benefits that blockchain could bring. However, not even a perfect, golden ledger of shareholders is likely to be a panacea for all the challenges encapsulated in modern corporations, the division between shareholders and Boards, and the conflict between long-term and short-term interests.

There are also additional risks that a novel and untested technology brings. Information might be sent to outdated addresses, the data might simply be wrong, and extremely sensitive documents can suddenly become exposed. Implementing the technology could also eliminate diverse intermediaries who are gatekeeping the system, and thus harm the functioning of the company or even the market. Moreover, shareholders could remain rationally apathetic, and large institutional investors could continue to cast votes according to a prearranged formula even more easily than before, thereby manipulating the voting process. Therefore, as with any other innovation, one should be excited, yet cautious and critical when reviewing its benefits. Hence, the ultimate aim of this Article is to understand the value of blockchain technology for modern, publicly traded companies, and their governance mechanism.

The structure of this Article is the following. In Part I, I explain how blockchain operates, define key terms, and describe constructions within a blockchain. This is because in order to assess the possibilities that blockchain brings for corporate governance, one must understand the construction of blockchain itself. Therefore, in the first section, I rely heavily on existing publications and attempt to clarify them for audiences consisting of lawyers and legal scholars. However, this Article does not aim to be a technological review of blockchain, rather it aims to reflect on how blockchain could be applied in the case of publicly traded companies with thousands, or hundreds of thousands, of shareholders who are scattered all over the world but are nevertheless required to make decisions together. Viewing technology as a tool that can be used to achieve certain goals, I reflect on blockchain’s potential to reform voting in a publicly traded company as well as its possible effect on corporate governance therein. Next, in Part II of this paper, I deconstruct the elements of corporate governance that empower shareholders— starting with shareholder record-keeping, moving up to the purpose of general meetings, and closing with the use of proxy voting,— and assess the benefits and risks that blockchain technology would bring for shareholders. Lastly, in Part III of this Article, I offer an outline of a corporate blockchain infrastructure, highlighting the position of some key partners, including governmental agencies, stock exchange platforms, corporations themselves, and shareholders. Given that I am not a professional blockchain developer, my outline is a simple, structural suggestion as I believe that the future solution for market organizations will combine, as blockchain does, numerous technologies while transforming the existing position of gatekeepers and shareholders.

In light of the above, there are, naturally, limitations to this Article as I do not believe that any technology provides the cure for corporate life or corporate governance. Technology is a tool that needs to be carefully designed in light of the objective we wish to achieve with it. Therefore, the primary goal of this Article is to review and reflect on whether blockchain, as a novel technology, could support greater shareholder democracy and long-term interests, and provide greater clarity and insight into waters that often remain too muddled.

Blockchain started with a public form— which is an open, distributed, decentralized, and global database (or a ledger)— maintained by a distributed network of computers.1 It is open because anyone with Internet connection can join blockchain,2 which means that anyone can retrieve information stored on a blockchain by simply downloading an open-source software. Anyone can also create a blockchain account (often referred to as a wallet),3 comprised of a public address and a private key, or password, in order to engage in transactions with others without a centralized intermediary. Entering into the blockchain framework is similar to creating an email account, yet the logic behind the technology remains mysterious and incomprehensible for many. In a public blockchain, there is no authority that allows or denies access to the blockchain.4 Being a distributed framework means that blockchain is composed of computers across the world, which are connected to each other on the network, directly or indirectly, and are linked together via an overarching software protocol without a central administrator.

Decentralization means that there is no single party that controls all these computers or the operations taking place between them.6 These computers store copies of a blockchain and coordinate their activities and the content on the blockchain by using a software protocol that precisely dictates how network participants store information, engage in transactions, and execute software code.7 In other words, there are rules that are governing the blockchain but no one can bypass them because all the other participants on the blockchain are the enforcers of these rules.

Database refers to a location for storing data that can be accessed at any point in time.8 Besides being of a transactional nature, blockchain stores data in a unique manner, which allows new transactions to be stored, but limits the possibility of modifying past transactions.9 However, the major problem with blockchain being used as a database is that it has a very limited and expensive storage capacity.10 Large quantities of data cannot be stored easily, and therefore, blockchain is currently mostly used as a ledger. Blockchain is a database, which aside from the block structure, combines in its operations four technologies: (i) peer-to-peer networks (distributed technology); (ii) cryptography; (iii) consensus mechanism; and (iv) timestamps. In the following section, I will describe the architecture of blockchain and explain the activities that take place on it.

Blockchain looks extremely complicated and technical, but like the Internet, it is sociotechnical in nature. Humans are essential for its architecture, operations, and oversight. Thus, people are critical to blockchain technology in a variety of contractor and curator roles.

A. Structure of Blockchain

Blockchain is a database shared across a network of computers spanning the world without a centralized party.11 Hence, the first thing to realize is that it encompasses an unlimited number of computers across the world, where each computer is connected to all the other computers. Each computer on the network is known as a node.12

Alexandra Andhov, Assistant Professor of Corporate Law, Faculty of Law, University of Copenhagen, email: alexandra.andhov@jur.ku.dk. Part of this Article was written while I was a Fulbright Scholar at Cornell Law School in 2019. An earlier version of this Article was published on Social Science Research Network (SSRN).