The 2.0 Era of Online Music in China 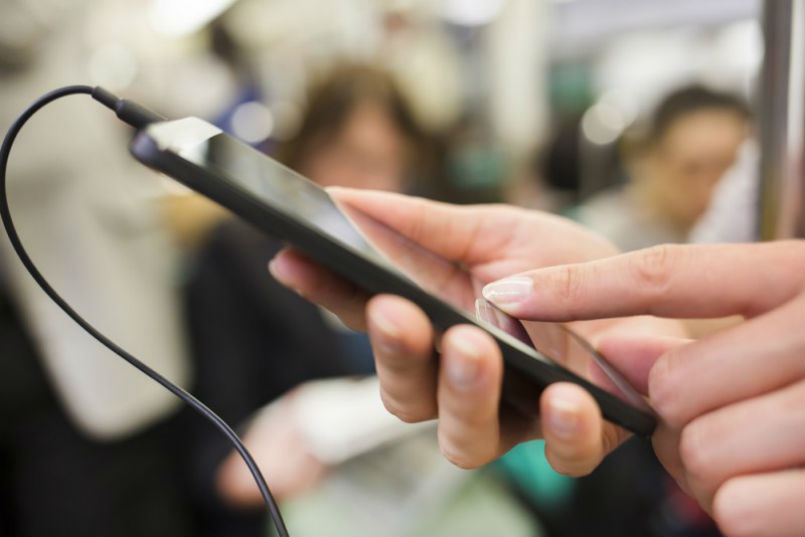 According to a statement from China’s National Copyright Administration in February 2018, Tencent’s and Netease’s music-streaming platforms have agreed to share 99% of the songs over which they hold exclusive licenses.[1]  Back in 2017, Tencent and Alibaba announced a similar music-sharing deal that would open access to songs previously held exclusively by the other company.[2]  This move came in the midst of years of vicious competition and copyright disputes among major music-streaming platforms.[3]  However, the rise of sharing deals came as little surprise, as the National Copyright Administration delivered repeated warnings to music companies and streaming platforms to stop giving and buying exclusive rights to music and to “end licensing-fee hikes and frequent legal disputes between music-streaming platforms.”[4]

It did not take long for Chinese consumers to develop a habit of legal listening either.  Prior to 2015, consumers in China had easy access to free pirated music; in fact, the country’s tech giants, including Tencent, Netease, and Baidu, built their fortune partly through offering free downloading or streaming of copyrighted content.[5]  Things began to change in 2015.  In July 2015, the National Copyright Administration banned unlicensed music streaming.[6]  Soon after that, the major Chinese streaming platforms and label companies, together with international major labels, signed a mandate pledging to enforce music copyrights.[7]

And the aforementioned trends have paid off.  Compared to 2014, the 2017 recording industry’s revenues in China from licensed digital music increased from $90m to $195m, with most of that amount coming from music streaming.[8]  While most consumers are still enjoying music for free, legal, advertisement-supported streaming platforms are spending large amounts of resources to secure their market share.[9]

In this Note, I discuss the history of copyright protection in the context of China’s music-streaming industry, the disputes that arose around exclusive licenses, and the implication of the post-exclusive-licensing era to record companies and the copyright system in China.

In 1990, the Copyright Law of the People’s Republic of China was enacted, and musical compositions were added to the list of statutorily protected works.[10]  In 2001, the first amendments to the Copyright Law added 13 categories of economic rights associated with copyright, including: the rights of reproduction, distribution, rental, exhibition, performance, screening, broadcasting, cinematography, and communication through an information network.[11]  Even still throughout the 2000s, various websites offered free music downloads to consumers without sharing any financial gains with the content owners.[12]

In 2012, a second amendment to the Copyright Law was enacted, which allowed music to be re-used after three months of publication without consent of the copyright holder, so long as the regulators were notified of the re-use and fair compensation was paid.[13]  On July 8, 2015, the National Copyright Administration published a “Notice on Ordering Internet Music Service Providers to Stop Communicating Unauthorized Music Content,”[14]  and all music service providers were mandated to remove unauthorized music from their website by the end of that July.[15]

One way that the platforms had competed with each other was to offer songs other competitors were not allowed to play.  As a result, the major music-streaming platforms ran into fierce price gouging and bidding wars with each other in order to gain exclusive licenses from record labels.[20]  Tencent, for example, secured exclusive licenses from Warner Music Group, Sony Music, Universal Music Group, and South Korean label YG Entertainment, each coming with a hefty price tag.[21]  Baidu, a smaller player in the streaming industry, merged with a record company, Taihe Music, and gained ownership over 700,000 copyrights and licenses.[22]  In short, as Tencent has stated, the company “needs such exclusivity to ensure the legitimacy of streaming services and to reduce piracy further.”[23]

As the market for music-streaming matures, the major platforms have taken on the role of ending piracy and pushing for copyright protection.  This is a strikingly different path than their western counterparts, where artists and labels have historically taken the lead by suing platforms for copyright violations.[24]  Back in 2014, Tencent sued NetEase Cloud Music (“NetEase”) for $450,000 for its alleged copyright infringement of Tencent’s exclusive licenses to 623 songs.[25]  NetEase counter-sued for Tencent’s illegal offering of 192 songs licensed exclusively to NetEase.[26]  In 2017, Tencent filed a lawsuit against NetEase over copyright infringement of more than 200 songs, and NetEase responded by negotiating copyright-license transfers with Tencent.[27]

After years of vicious competition and copyright disputes between music-streaming platforms, the Chinese National Copyright Administration came forward, seeking to stop exclusive licenses in the music industry and to promote the “widespread dissemination” of music.[28]  Earlier this February, Tencent and NetEase agreed to share 99% of the music they hold exclusive licenses for through sub-licensing.[29]  The media responded to this strategic agreement positively, stating that it marked the “2.0 era of online music.”[30]

The past few years have witnessed frantic purchasing of exclusive rights, concurrent with significant subscriber and revenue growth for the music-making industry. Yet, it raises the question of what the original purpose of copyright protection was.  The Copyright Law of the People’s Republic of China “is enacted, in accordance with the Constitution, for the purposes of protecting the copyright of authors in their literacy, artistic, and scientific works and the copyright-related rights and interests, of encouraging the creation and dissemination of works which would contribute to the construction of socialist spiritual and material civilization, and of promoting the development and prosperity of the socialist culture and science.” [31]  In the context of the music industry, the purpose of copyright protection is to encourage creation and dissemination of music.  Therefore, the question becomes: which way better encourages the creation and dissemination of music?  Exclusive licenses or Non-exclusive licenses?  I have reason to believe the latter.

First, I will examine this supposition from the music-streaming platform’s perspective. Opening licensing rights is certainly good news for NetEase and other smaller streaming platforms, since they can now gain access to more music and compete with larger companies like Tencent on a more leveled playing field.  For Tencent, it can no longer enjoy the monopoly it has held over distribution, which it established via exclusive licensing.  However, Tencent can still recoup a large amount of its previous investments through sub-licensing to other platforms.  Moreover, as exclusive licenses become history, streaming platforms are forced to find new and more creative ways to compete.  For example, Tencent is now focusing on publishing and creating its own content.[32]  Earlier this year, Tencent and Sony Music announced the creation of their own music label, Liquid State.[33]  Liquid State is committed to promoting electronic dance music and creating a “unique cultural exchange between the East and the West.”[34]  Tencent also launched a program called Original Musicians, which aims to help original content-owning artists release and promote their music.[35]  NetEase, on the other hand, chose to enhance its customer experience by adding social networking features on its platform, which customizes songs through personal music reviews and song lists.[36]

Gone are the days when consumers in China would have to switch among different apps to get a full musical experience.  The consumer choosing which platform to eventually keep, and more importantly, the consumer choosing which platform to pay and subscribe to, are the key motivators behind the music-streaming platforms current strategies.  The crackdown on exclusive licensing saves the platforms from spending large amounts of resources on licensing fees.  Instead, the platforms can now use their money to invest in creating their own content and enhancing consumer experiences.  Like all other industries, the sustainable development of the music-streaming industry depends on an ecosystem where copyrights are respected and protected, and where there exists healthy competition among all players.  It is astonishing to see how piracy has collapsed in China’s music industry in just a few years.  I am of the belief that in the next few years, the country will re-organize itself, through a combined function of market and government regulation, to become one of the world’s biggest music markets.

[5] Josh Jorwitz, China’s Major Music Streamers Are Suing the Hell Out of Each Other – and That’s a Good Thing, Quartz (July 22, 2015), https://qz.com/459551/a-whirlwind-of-lawsuits-among-chinas-internet-giants-might-tear-through-the-nations-piracy-habit-too/.

[8] Thanks to Streaming Services, China’s Consumers Have Begun Paying for Music, The Economist (July 29, 2017), https://www.economist.com/news/21725529-market-dominated-one-company-tencent-biggest-countrys-online-giants.

[24] Josh Jorwitz, China’s Major Music Streamers Are Suing the Hell Out of Each Other – and That’s a Good Thing, Quartz, July 22, 2015.  https://qz.com/459551/a-whirlwind-of-lawsuits-among-chinas-internet-giants-might-tear-through-the-nations-piracy-habit-too/.

[31] Copyright Law of the People’s Republic of China (Promulgated by the Standing Committee of the National Congress), ch. 1, art.1.