A Closer Look at the Iran Nuclear Deal 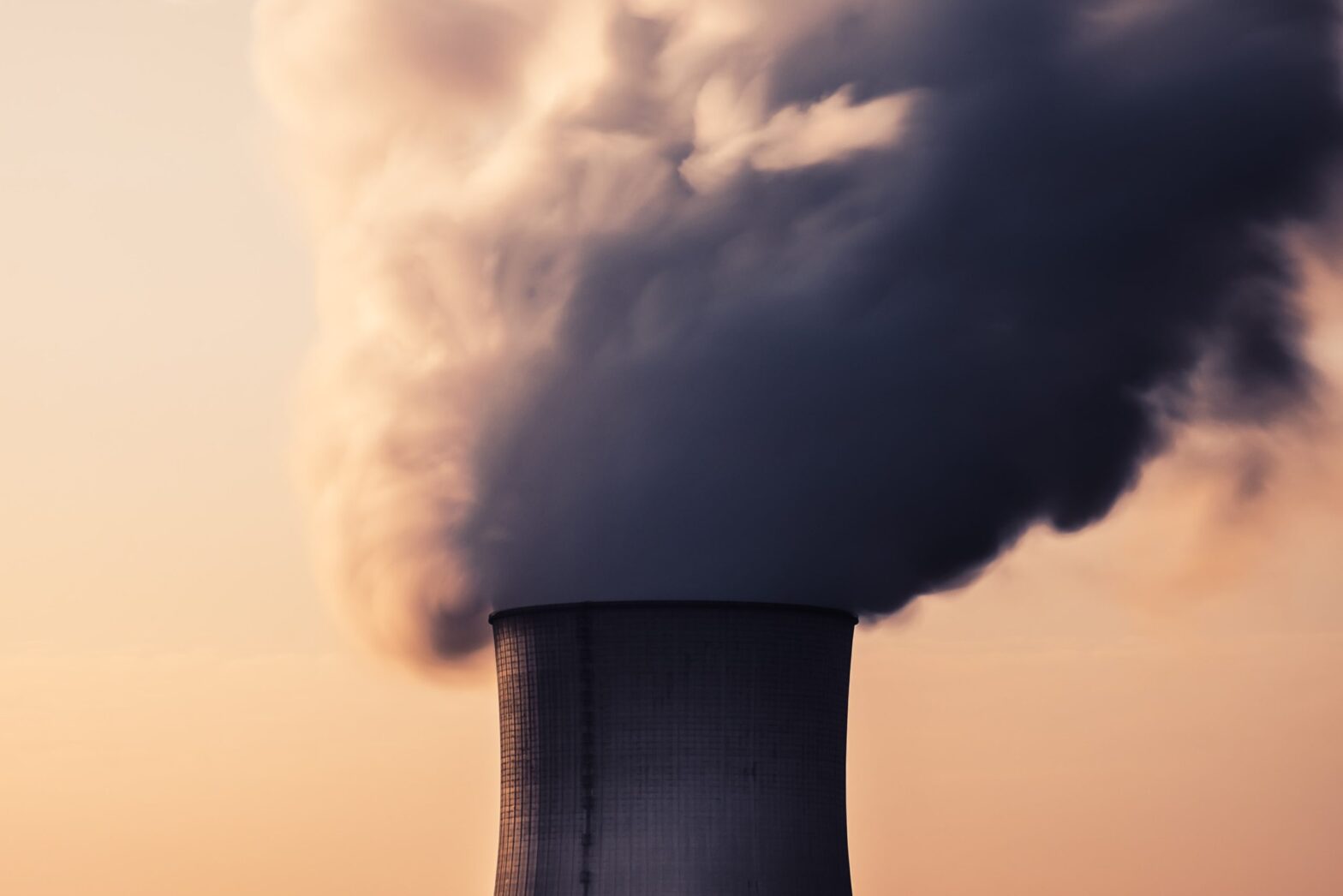 On October 13, 2017, President Trump announced that he will not certify the Iran Nuclear Deal[1] as is required every ninety days by the Iran Nuclear Agreement Review Act of 2015.[2]  Prior to the address, President Trump had ordered a “strategic review” to assess the “Iranian dictatorship, its sponsorship of terrorism, and its continuing aggression in the Middle East and all around the world.”[3]  According to the President Trump, “the Iran Deal was one of the worst and most one-sided transactions the United States has ever entered into,” in large part because the agreement was temporary and provided for “weak inspections.”[4]  President Trump further criticized the Iran Nuclear Deal by alleging that Iran has violated the agreement and intimidated international inspectors into conducting more lenient investigations.[5]  President Trump also announced his intention to work with “Congress and our allies to address the deal’s many serious flaws,” including “the deal’s sunset clauses that, in just a few years, will eliminate key restrictions on Iran’s nuclear program.”[6]  Finally, President Trump threatened to terminate the agreement “in the event we are not able to reach a solution working with Congress and our allies.”[7]

Is this a good plan?  This note will evaluate the Iran Nuclear Deal, assess whether it is adequate, and contemplate the implications of President Trump’s actions with regard to the deal. This note concludes that the Iran Nuclear Deal and the current state of the scheme it created is flawed.  However, the United States should not withdraw from the agreement, as there are more practical ways of confronting the issues surrounding the Deal.  The United States should cooperate with its allies to address its concerns regarding Iran’s activities, rather than isolating itself from the rest of the world.

How to Make a Nuclear Weapon

In order to understand the Iran Nuclear Deal, it is important to have some background knowledge about nuclear weapons.  To create a nuclear weapon, one must accomplish three major steps: (1) producing fissile material; (2) constructing a survivable nuclear warhead; and (3) creating an effective delivery system such as a ballistic missile.[8]  Producing enough high-quality fissile material is considered the most difficult step in the process of developing nuclear weapons and therefore determines the timeline for nuclear weapon creation.[9]  Iran’s nuclear program has the potential to produce two types of fissile material—uranium-235 and plutonium.[10]  Researchers spin uranium-235 gas in a centrifuge to concentrate it to low-enriched uranium (LEU) or highly enriched uranium (HEU).[11]  LEU, which contains five to twenty percent uranium, may be used to fuel reactors.[12]  HEU, which contains ninety percent uranium, is required for nuclear weapons.[13]  However, once researchers have concentrated the uranium to twenty percent LEU, they can further concentrate the uranium to ninety percent weapon-ready HEU with comparatively little effort.[14]  Weapons-grade plutonium is produced by heavy water reactors.[15]

Backdrop to the Iran Nuclear Deal

The International Atomic Energy Agency (IAEA) is an international agency that seeks to promote peaceful applications of nuclear energy.[16]  The IAEA enters safeguards agreements with various countries, and as a default, is limited to inspecting declared nuclear facilities only.[17]  However, the IAEA may expand its investigative authority to undeclared nuclear facilities through additional protocols to its safeguards agreements.[18]

In 2003, the IAEA discovered secret nuclear facilities in Iran, prompting Iran to enter multilateral negotiations about its nuclear program with France, Germany, and the United Kingdom.[19]  Negotiations concluded with an agreement that suspended certain aspects of Iran’s nuclear program.[20]  However, in 2006, Iran announced that it would resume those aspects of nuclear research and development.[21]  This sparked discussions with China, France, Germany, Russia, the United Kingdom, and the United States (collectively, the P5+1) and prompted the UN Security Council to adopt a series of resolutions suspending Iran’s nuclear program and imposing sanctions.[22]  Included in these resolutions was Resolution 1929, which required Iran to ratify the Additional Protocol to its IAEA Safeguards Agreement.[23]

In 2013, after the election of Iranian President Hassan Rouhani, Iran entered into an interim nuclear accord called the Joint Plan of Action (JPA).[24]  After the JPA went into effect, Iran diluted its supply of twenty percent uranium-235 and converted most of its supply of five percent uranium-235 into fuel.[25]  Then in 2015, Iran and the P5+1 finalized the Joint Comprehensive Plan of Action (JCPOA), more commonly known as the Iran Nuclear Deal, and implemented its terms in January 2016.[26]  The Security Council then dispensed of all resolutions imposing sanctions, leaving Resolution 2231 as the sole resolution endorsing the JCPOA.[27]  Since January 2016, the IAEA has “verif[ied] and monitor[ed] . . . Iran’s nuclear-related commitments” pursuant Security Council Resolution 2231.[28]

The JCPOA (the Iran Nuclear Deal)

The JCPOA focuses on the fissile material component of nuclear weapons development, namely, Iran’s enrichment program and its heavy water reactor.[29]  The agreement prohibits Iran from seeking, developing, or acquiring any nuclear weapons, but allows Iran to move forward with a peaceful nuclear program.[30]  The JCPOA enrichment provisions include halting construction of Iran’s heavy water reactor,[31] reducing the number of centrifuge machines by about two-thirds,[32] and setting the maximum level of uranium enrichment to 3.67%.[33]  The JCPOA further required Iran to redesign the heavy water reactor such that it could not produce weapon-grade plutonium.[34]  Iran is also expected to “provisionally” apply the Additional Protocol to the IAEA safeguards agreement,[35] which gives the IAEA broader inspection authority and access to undeclared nuclear sites. Additionally, Iran is to carry out modified Code 3.1 of the subsidiary arrangements to the IAEA Safeguards Agreement, which requires Iran to submit plans for new nuclear facilities.[36]

The JCPOA makes clear that it is not a legally binding treaty when it states that the parties “will take the following voluntary measures within . . . the JCPOA and its Annexes.”[37]  However, the JCPOA contains a “snapback” process in which the 2006 sanctions will be reinstated against Iran in the “event of significant non-performance . . . of JCPOA commitments.”[38]  The JCPOA indicates that Security Counsel Resolution 2231, which endorses the JCPOA, will terminate on October 18, 2025.[39]  After that date, the Security Counsel will no longer be “seized of the matter,”[40] but Iran will still fall within the purview of the IAEA.

Daniel Joyner, professor at the University of Alabama School of Law, postulates that the “JCPOA regime may in retrospect be credited with avoiding war.”[41]  But despite the positive aspects of the JCPOA, two major issues with the agreement cannot be ignored: the temporary nature of the agreement and the fact that it is not a legally binding document.  First, the so-called “sunset provisions” of the JCPOA are a cause for concern.  These provisions make the JCPOA a mere short-term ban on Iran’s nuclear weapons program, after which, Iran will be left with the IAEA Safeguards Agreement, Additional Protocol and modified Code 3.1.[42]  However, Iran will not be required to follow the Additional Protocol or modified Code 3.1 after termination of the JCPOA.  In fact, the JCPOA only requires the provisional application of the Additional Protocol, leaving much to Iran’s discretion.  Second, because the JCPOA is not a treaty, Iran is not legally bound to comply.  Even though the non-legal nature of the JCPOA may pose difficulties with compliance, it does not make the JCPOA completely void of enforceability.  The snapback provisions, which impose intense political pressure to avoid sanctions, provides the necessary incentive for Iran to comply with the JCPOA.  However, were the JCPOA to unravel due to actions of one of the P5+1, say, the United States, Iran might resume the full implementation of its nuclear weapons program.

In response to the JCPOA, Congress amended the Atomic Energy Act of 1954 by passing the Iran Nuclear Agreement Review Act of 2015 (Review Act).  According to subsection (d)(6) of the Review Act, the president must certify that Iran is complying with the agreement and has not taken action to significantly advance its nuclear weapons program.[43]  The president must determine that the suspended sanctions against Iran are “appropriate and proportionate” to Iran’s actions to terminate its nuclear program.[44]  In the event that the President does not submit a certification, “qualifying legislation introduced within 60 calendar days of such event shall be entitled to expedited consideration.”[45]  The Review Act defined “qualifying legislation” as a bill by the House or Senate that restores statutory sanctions against Iran.[46]  Senators Bob Corker and Tom Cotton have drafted legislation in response to President Trump’s refusal to certify pursuant subsection (d)(6).[47]  The draft includes reinstating sanctions if Iran “tests a ballistic missile able to carry a warhead or bars nuclear inspectors from any sites.”[48]  Critics of the draft legislation noted that its passage could put the United States in violation of the JCPOA.[49]

Over twenty U.S. government experts and Foundation for Defense of Democracies scholars, including a former IAEA Deputy Director, supported President Trump’s decision to withhold certification of the JCPOA.[50]  They asserted that the “JCPOA stands as one of the most highly deficient arms control accords in the history of American arms control diplomacy,” pointing to flaws such as the “sunset clauses, permissive advanced centrifuge research and development schedule, lax inspection regime, and refusal to address Iran’s growing ballistic missile threat.”[51]  Accordingly, they argue that the JCPOA should be amended.[52]

On the other hand, prominent nuclear scientists, including the designer of the H-bomb, wrote a letter to the heads of Congress after President Trump’s announcement.  The scientists urged Congress to ensure that the United States remains party to the agreement, as the JCPOA already imposes strict restrictions, making its renegotiation would be “unrealistic.”[53]  Directly responding to President Trump’s longevity concerns about the JCPOA, the scientists pointed out that after the agreement fully terminates, Iran will be held accountable to the IAEA Additional Protocol, which is “the strongest set of generally applicable safeguards implemented by the IAEA.”[54]  Furthermore, the JCPOA provides more time to develop additional measures that would make it difficult for any country to secretly produce the material for nuclear weapons.[55]  Additional measures include “stronger verification procedures at uranium enrichment plants worldwide” and “multi-national control of uranium enrichment plants.”[56]  Over eighty nuclear nonproliferation experts indicated that abandoning the JCPOA without clear evidence of a material breach would isolate the United States and likely cause greater conflict in the Middle East.[57]

President Trump’s concerns are well-founded. Iran continues to sponsor terrorism and undermine United States allies in the region, and the JCPOA certainly contains flaws.  But the United States should not withdraw from the JCPOA.  The United States would be alone in withdrawing from the agreement and imposing sanctions, effectively weakening the agreement further and only imposing partial sanctions that would be more effective if they were backed by U.S. allies.  If the JCPOA were to unravel, Iran would be able to acquire nuclear weapons right away, thereby increasing its strength.  The United States, rather than isolating itself, should stay party to the agreement, adamantly enforce it, and work with Iran while it does not have nuclear weapons.