FIFA and the U.S. Department of Justice : An Unlikely Champion for the Beautiful Game, Vol. 6 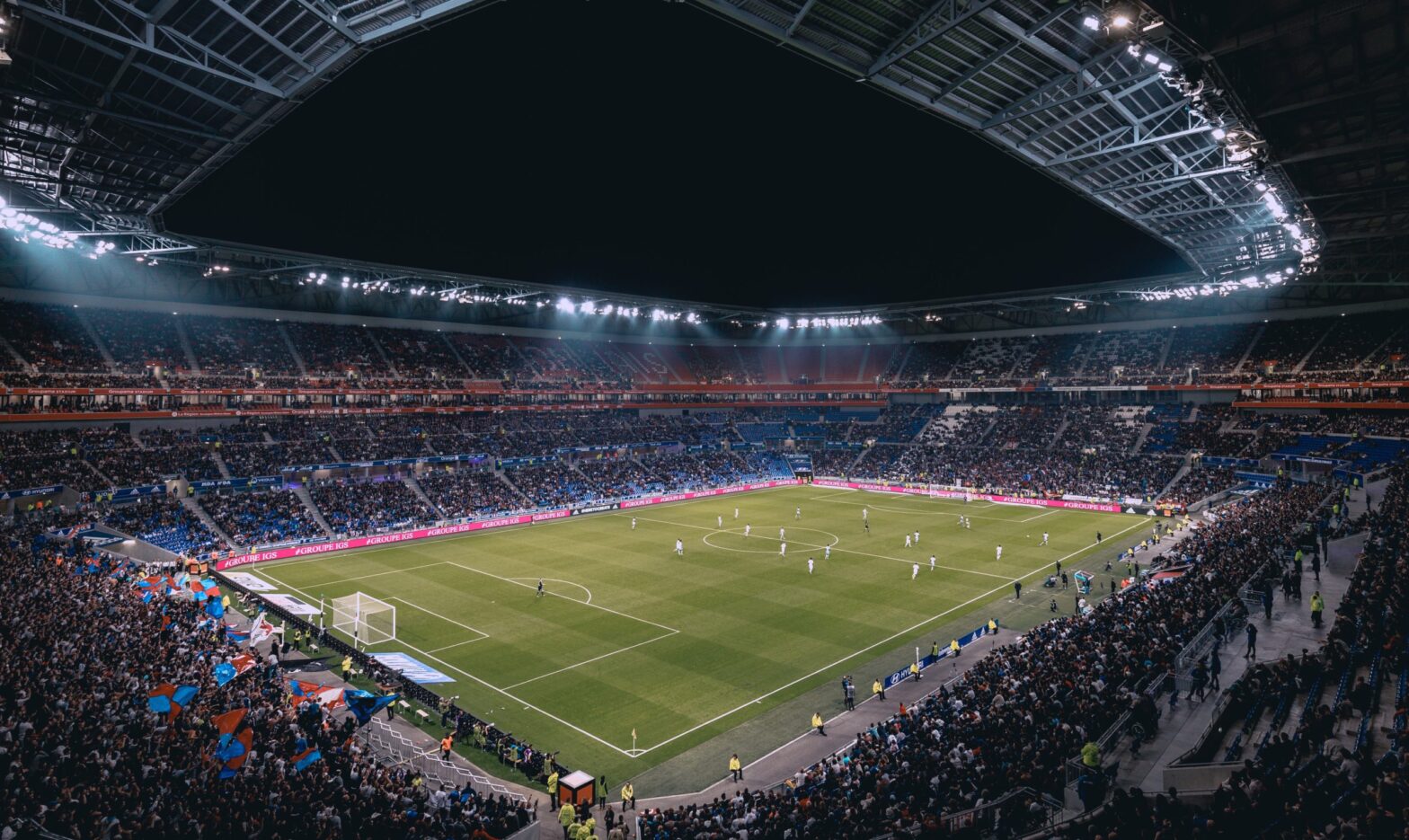 On December 7, 2015, espnW and Marvel Comics illustrator, Jamal Campbell, released a special animated feature titled “Super IMPACT25,” honoring influential women in sports.[1]  The honorees included familiar names such as Simone Biles, Carli Lloyd, Serena Williams, Ronda Rousey, and Katie Ledecky.[2]  Yet, while almost all of the honorees were athletes dominant in their respective sport, the list also included a lawyer; the Attorney General of the United States, Loretta Lynch.  During an interview with the Attorney General’s father, Rev. Lorenzo Lynch Sr. could not recall if his daughter had played a sport growing up in North Carolina, and suggested that “she took to typing” instead.[3]  Regardless of whether the Attorney General had ever kicked a soccer ball or not, her decision to prosecute Fédération Internationale de Football Association (FIFA) officials would allow her to become an unlikely champion for the world’s most popular sport.[4]

In May 2015, the United States Department of Justice rattled the global soccer community when it indicted nine FIFA officials for racketeering, conspiracy, and corruption.[5]  The individuals named in the indictment include high-ranking officials of FIFA, the worldwide governing body of soccer.[6]  These indictments were soon followed by an even larger announcement in December 2015, when the Department of Justice indicted 16 additional FIFA officials on similar charges, including five members of the FIFA Executive Committee.[7]  Specifically, the indictments alleged “rampant, systemic, and deep rooted” corruption that accounted for over $150 million in bribes and kickbacks.[8]  While the Department of Justice’s decisions created a media frenzy in the global soccer community, many European authorities were not surprised, “believing that FIFA has long been a cesspit of corruption.”[9]

Part I: FIFA and its Governance Issues

Founded in 1904 and based in Zurich, Switzerland, FIFA is a non-profit association that serves as the central governing body and global authority for international soccer.[10]  FIFA’s mission is to “improve the game of football constantly and promote it globally in the light of its unifying, educational, cultural and humanitarian values, particularly through youth and development programmes.”[11]  The organization is divided into six continental confederations, comprising a total of 209 members representing distinct nations or territories.[12]  As corporate sponsorships, marketing and broadcasting rights moved soccer moved towards greater commercialization, FIFA found itself at the center of these transactions.[13]  Specifically, as the organizing body for events such as the World Cup and the Champions League, FIFA owned the rights to these flagship tournaments, which it could sell to marketing companies and broadcasting networks.[14]  Between 2011 and 2014, these transactions provided FIFA with 70% of a $5.7 billion revenue stream.[15]

While this simple hierarchical arrangement does not seem problematic on the surface, critics have suggested that much of FIFA’s corruption problems are inherent within its governance structure.[16]  An underlying issue is the mismatch between FIFA’s non-profit structure, which is subject to minimal regulations, and its practical responsibilities of negotiating commercial contracts.[17]  While FIFA as a whole may have certain objectives and goals, its regional confederations and individual members often have contrasting objectives and incentives.[18]  FIFA’s deficiencies in coordination mechanisms, coupled with a lack of transparency have created a culture of power-brokering among its entities.[19]  Overtime, this brokerage system for influence and votes fostered an unofficial patronage system based upon favors.  As one FIFA executive had suggested, FIFA as an organization remains remarkable from a governance perspective, wielding tremendous social and economic influence despite having so few constraints.[20]  These shortages are exacerbated by FIFA’s unwillingness to make its officials accountable, and unlike a public or not-for-profit organization, it does not depend financially on its members or donors.[21]

Part II: The Indictment and the Issue of Extraterritoriality

Although the FIFA indictments were not surprising to the global soccer community that had become accustomed with FIFA scandals ranging from game-fixing to money-laundering, this community did not expect the United States to take the lead in fixing FIFA.[22]  After all, soccer is still a minor sport in the United States, and the U.S. presence in the sport could hardly be compared to that of European and South American nations.[23]  Yet, the United States was arguably the best-situated nation to initiate an investigation against an influential organization such as FIFA.  Not only has the United States historically been tougher on white-collar crime and corruption, but more importantly it also has a legal system that mirrors these values.[24]  In particular, unlike the European judicial system, which generally does not have a plea-bargaining mechanism, the U.S. legal system commonly relies on the prosecutorial tactic of offering leniency in exchange for plea deals.[25]  This approach encourages defendants to plead guilty and provide information, helping prosecutors break up complex illegal schemes. [26]

While the FIFA case is essentially about bribery, the Department of Justice interestingly did not invoke any bribery charges due to federal bribery law limitations, which are only applicable to government officials.[27]  Instead, the Department of Justice pursued FIFA under RICO, the Racketeer Influenced and Corrupt Organizations Act of 1970.[28]  Yet, traditionally, leveraging RICO laws would have been problematic, as it remained unclear whether RICO laws applied outside the United States.[29]  However, the 2014 decision in European Community v. RJR Nabisco, Inc. resolved the extraterritoriality problem, in which the Second Circuit held that RICO laws could at times apply extraterritorially if there are predicate acts that violated statutes applicable outside U.S. borders.[30]  Specifically, RICO’s application in these circumstances is subject to whether the plain text of the predicate act indicates congressional intent.[31]  Following this ruling, the Department of Justice would need to prove that FIFA “committed crimes within the U.S. or that they committed predicate crimes covered by RICO that reach beyond U.S. borders.”[32]

In pursuing FIFA under RICO laws, the United States was essentially suggesting that FIFA was a criminal enterprise with systematic levels of corruption.[33]  Nevertheless, the Department of Justice was well positioned to prove these allegations through its experienced prosecutors and effective plea-bargaining strategies, where insider information about illegal activity is traded for leniency.  After all, the Department of Justice had a key informant, Chuck Blazer, a former FIFA Executive Committee member.[34]  Blazer, who had engaged in money laundering and tax evasion, was an easy target for federal prosecutors.[35]  His indifference towards his own criminal behavior is perhaps best reflected by his failure to file taxes for close to a decade.  With Blazer as an FBI informant, wire taps and recorded conversations would prove to the key in unlocking FIFA’s criminal enterprise.[36]

*Michael Jiang is a J.D. candidate at Cornell Law School where he is on the Cornell International Law Journal Associate. He holds a Bachelor’s Degree from Bates College.

[11] FIFA, What we stand for, http://www.fifa.com/about-fifa/who-we-are/explore-fifa.html.