Social Solidarity: An Excuse to Ban the Burqa? 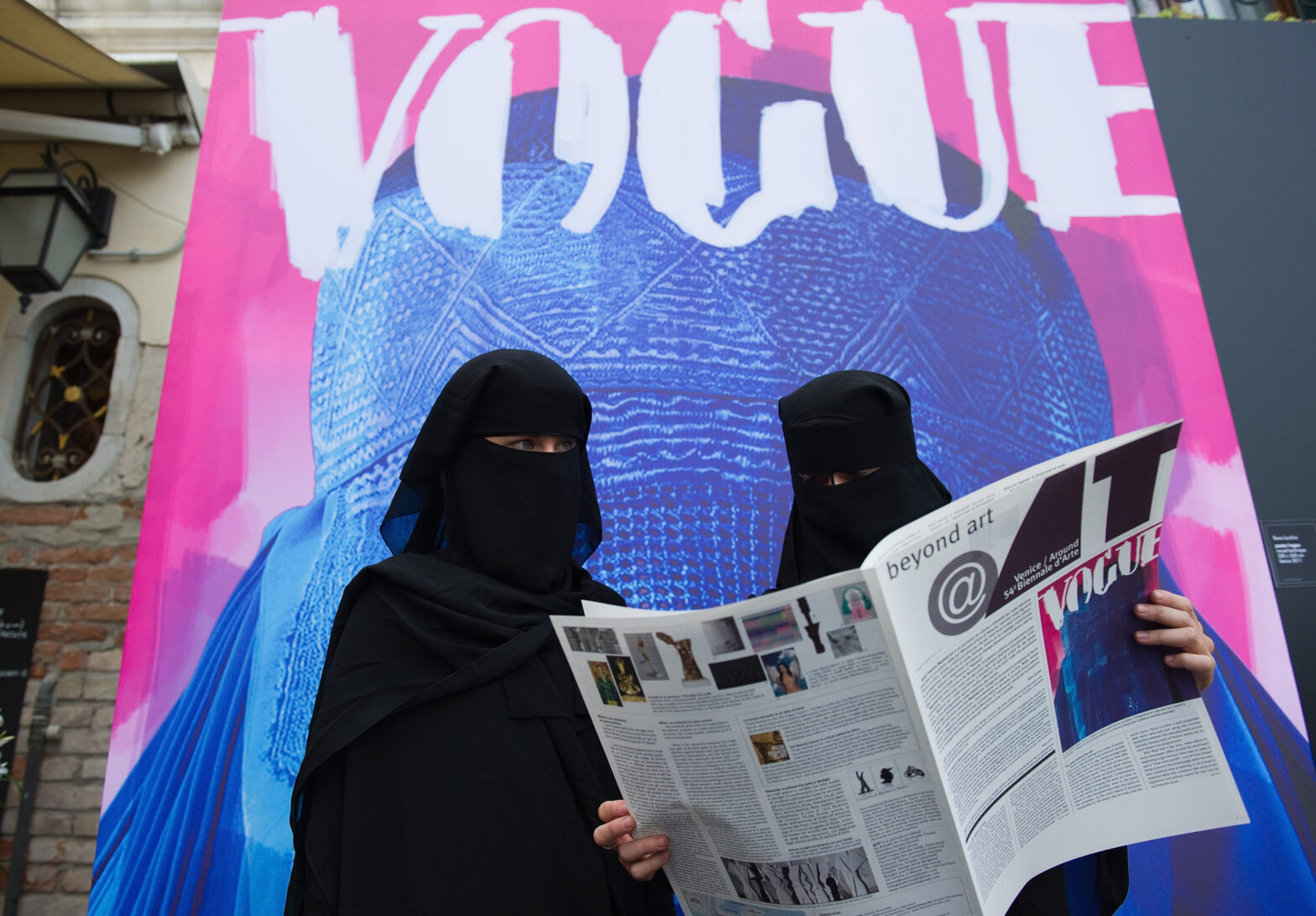 Recent international developments and terror incidents have elevated the debate on religion and secularism onto the international political stage.  With increasing feelings of fear, apprehension, and, to some extent, dislike of those practicing Islam, numerous European legislatures have banned the full face-covering Islamic veil, the burqa, or have debated its legality.  National security, cultural assimilation of immigrants, and the French tenet of laïcité, for example, were all propounded as justifications when the French Assemblée Nationale passed the controversial Law 2010-1192 of October 11, 2010[1] that forbade the concealment of the face in public.  Similarly, other European law-making bodies followed their French counterpart and debated to enact similar provisions mainly aimed at the minority population of burqa-wearing female Muslims.

The purpose of this Note is to analyze whether it would be appropriate to forbid the wearing of the full face-covering veil on grounds of social solidarity, an argument that was raised before the European Court of Human Rights in SAS v France.[2]  It will be argued that in drawing the fine line between secularism, protecting national interests, and discriminating on the basis of religion or gender, forbidding the burqa is a proportionate measure in very qualified and limited circumstances which are absent in Western society.  The rest of this Note relies on the premise that the jurisdiction in which the ban is permissible is one with a prevalent social environment that protects religious expression, fosters community feelings, and lacks negative attitudes towards followers of Islam.

One of the most important questions in the study of jurisprudence has always been whether the law should focus on the protection of normative behaviour that benefits society or concentrate on the protection of individual rights and liberty.  Mill famously theorised that: “the only purpose for which power can be rightfully exercised over any member of a civilized community, against his will, is to prevent harm to others.”[3]  On the other hand, Devlin compounded the idea that it was within the State’s power to use morality as a basis to legislate on issues that threaten to disintegrate society.[4]  At the most fundamental level, the issue of banning the burqa boils down to the same question: should Muslim women be forced to give up their rights to express their religion because of supposed harm caused to others, or should society ignore its normative categorization of the burqa as an obstacle to secularism and social solidarity?  Within this context, the notion of social solidarity is often misconstrued.  In a traditional society, it would be understood to mean a community of shared common beliefs, morals, and sentiments.[5]  In complex heterogeneous societies, which are typical of most European and North American countries, social solidarity is defined by a weaker collective conscience and a more abstruse understanding of interdependence and reciprocity.[6]  It is this latter interpretation that underpins social solidarity arguments in Europe.

NATIONAL IDENTITY AND CULTURAL ASSIMILATION AS CONCEPTS OF SOCIAL SOLIDARITY:

As citizens or residents of a democracy, we live in an age where diversity, pluralism, and minority rights are given important positions in political dialogue.  European and North American societies strive to be identified as multicultural and tolerant towards those who migrate or seek asylum in these pluralistic countries.  A blanket ban on a widely identified Islamic symbol sends out a message of increasing intolerance and rising Islamophobia, making it harder for Muslim citizens or immigrants to culturally assimilate in their country of residence.  At the same time, a distinction should be made between women who wear the burqa as an expression of their religion and women who use it as a statement of their refusal to “fit in.”  This distinction is not always easy to identify.  However, research by Seyla Benhabib in France found that women often wear the headscarf or burqa to “resist the state” and assert their identity among the dominant French culture.[7]  This suggests that the burqa is, to some extent, an impediment to assimilation in Europe.  If a provision to ban the burqa is introduced, the resulting social landscape could contribute to developing women’s personal identities and help with the problem of cultural assimilation of Muslims in Europe.

Citizenship and a feeling of national integrity may have been put forward as a separate argument when the French, Belgian, and Dutch legislatures debated banning the veil.  However, fraternity, diversity, and maintaining integrity are all important aspects of social solidarity.  Singling out Muslims and coercing them into being party of the homogenous European citizenry only aggravates the problem; some European citizens have identified with the so-called Islamic State to acquire an identity and sense of brotherhood that they lack in their home countries.[8]  As a compromising measure, a ban on only face-covering veils such as the burqa or niqab—not other Islamic headscarves such as the hijab or jilbab—may be enacted under the premise of facilitating open communication.  Recognizing a person’s face is a precondition for human relations, and scholars have found it to have a firm grounding in anthropological, sociological, and philosophical principles.[9]  The Dutch government, in its explanatory notes to its legislation, explained that being in the presence of someone with a covered face led to feelings of suspicion of criminal activities and makes individuals feel insecure.[10]  The same document also propounded that the ban would contribute towards a society based on “equality, trust[,] and personal responsibility.”[11]  It would not be inappropriate to place this type of constraint if such measures could help alleviate the problems of Islamophobia and would help Muslims maintain their identity while integrating within European and North American communities.

When the Parliamentary Assembly of the European Council looked into the prevalence of Islamophobia in Europe in 2010, the President rightly expressed that the 800 million people they represented came from different nationalities and had different religious backgrounds and cultures.  He also mentioned how common values shared by these 800 million people would strengthen society and bring peace and stability.[12]  European and North American governments must both celebrate diversity and develop these common values that strengthen national identity and solidarity.  It is a shame that some citizens are often subject to feelings of suspicion, hatred, and insecurity from their fellow citizens only because of the manifestations of their religion.  The burqa ban might seem like an extreme measure, but it may contribute to achieving the goals of social solidarity.  Though certain European legislatures might have used it as a justification to cover their prejudices, other legal systems may use it to help Muslims maintain their personal identities while developing their national identities. The hijab, jilbab, Al-Amira, and Shayla, for example, are also symbolic of the Islamic faith and can be used to express one’s religious identity without restricting the wearer’s ability to communicate freely with others.  Placing an unqualified restriction on these other forms of Islam-compliant clothing may fall afoul of the aims and objectives of banning the burqa to improve social solidarity.

Legislators must also ensure that other measures are in place to support Muslim followers, especially women, in society.  There must be opportunities for Muslim women to develop their social and economic independence and be given equal opportunities.[13]  There must also be a focus on policies that alleviate feelings of fear, suspicion, and Islamophobia that numerous European and North American citizens attach to Muslims based on the minority that champion extremist ideologies of the religion.  Social solidarity must not be understood as a concept that only allows non-Muslim westerners to facilitate communication but also one that connects western Muslims to their home countries.

Social solidarity can be used to justify a ban on the burqa if other measures are in place to protect Muslim citizens’ right to religious freedom and to reduce negative portrayals of Muslims.  Though a ban on the burqa will place a constraint on those who have adopted it as a manifestation of their religious beliefs, there are other methods of expressing one’s Islamic identity which do not hamper communication or integration within the community.  If a ban on face-covering veils like the burqa or the niqab fosters positive relations and brings about cultural assimilation, there should also be an option to reverse the provision when these objectives have been attained.  Furthermore, targeted policies must be put in place to alleviate Islamophobia and give European Muslims the right opportunities and social and economic independence to identify with their citizenship.

* Shruti is an LLM candidate at Cornell Law School where she is a Cornell International Law Journal Associate. She holds an LLB (Hons.) in English Law from King’s College London.

[5] See generally Emile Durkheim, The Division of Labour in Society (1893).