Pirates of the Caribbean: Above the Law 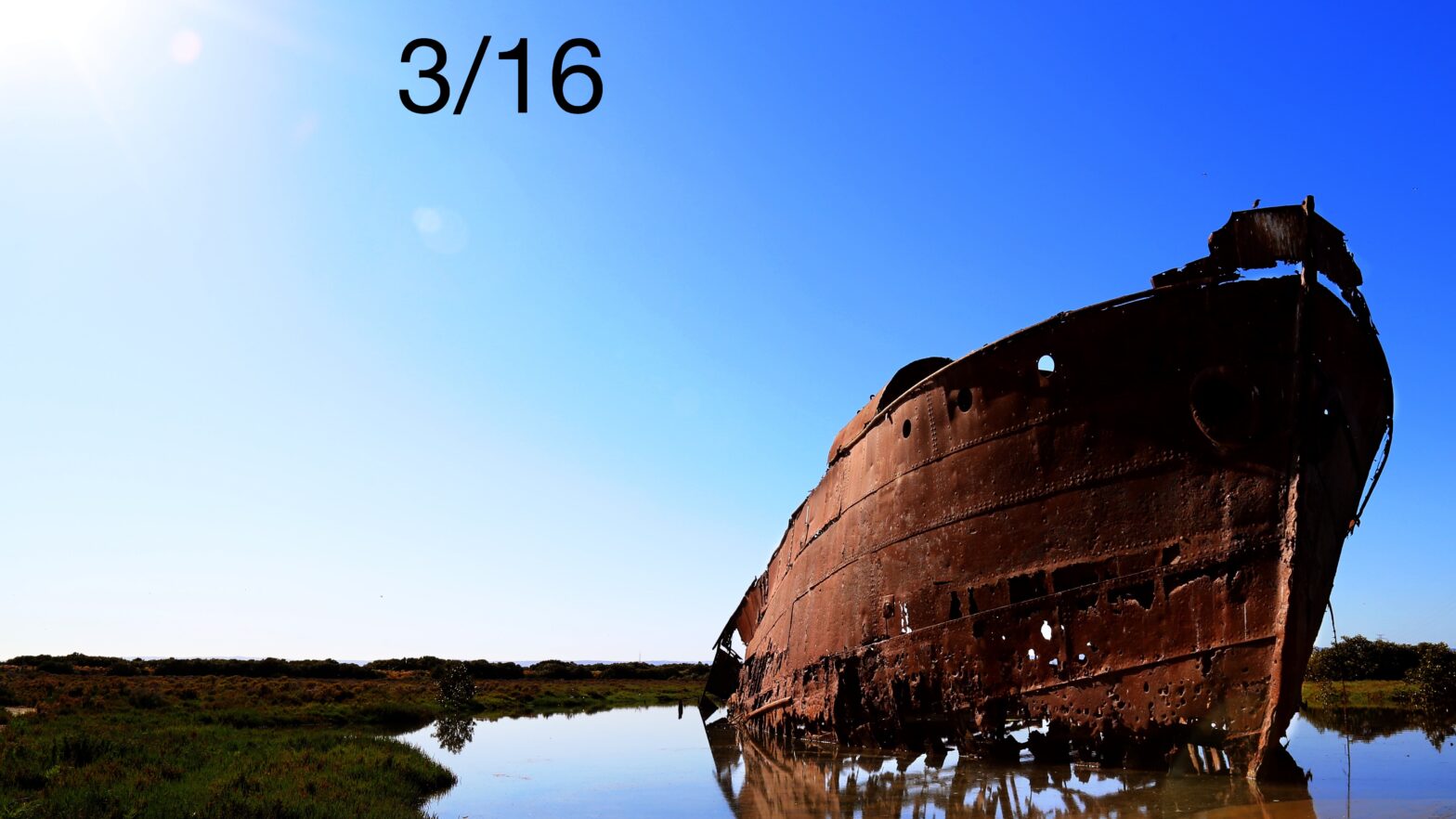 Pirates have been portrayed in popular culture and history with a sense of mysticism.  Perhaps because there is very little historical record of their activities, pirates have become legendary figures from a bygone era.  However, the popular conception of piracy cannot be further from the real threat that piracy presents to today’s global economy.[1]  In 2011, there were over 400 incidents of piracy worldwide.[2]  Although piracy is in decline due to the downfall of Somali pirates, piracy still poses unique legal questions.[3]  Legal scholars are unsure who has the authority to prosecute pirates and how to impose adequate deterrence.[4]  From a legal standpoint, piracy is an intricate international issue due to overlapping jurisdictions and multinational parties’ involvement.[5]  Current international law does not provide a framework that satisfactorily governs the crime of piracy.[6]  It fails to consider either various forms of modern piracy or the reality that most states are reluctant to prosecute pirates due to legal inadequacies or unjustifiable costs.[7]

The conceptualization of piracy as an international crime dates back to seventeenth-century English scholarship.[8]  The reality of piracy during that era, however, was different because some pirates were sponsored “privateers” under a monarch.[9]  There was a fine distinction between a pirate and a privateer as oftentimes pirates were organized into bands that operated as semi-organized military powers, forming allegiances with European monarchs.[10]  Privateers, as allies to a monarch, were perceived as instruments of war.[11]  For example, a Spanish-sponsored privateer’s act of piracy against a French vessel could be considered an act of war against France that could warrant French retaliation against Spain.[12]  Independent pirates, on the other hand, were considered “rebels” who refused to abide by the laws of any nation and acted outside of the reach of any political authority and international order.[13]  Hence, independent pirates were deemed hostis humani generis (enemies of all mankind) such that any nation could use its domestic laws to prosecute pirates regardless of their nationalities or where the act of piracy took place.[14]  The notion of hostis humanis generis, however, was motivated by the material and security threats that pirates posed to merchants rather than by moral opposition or legal deterrence towards piracy.[15]

Early English thought likened pirates to highwaymen due to the similar nature of their crimes.[16]  But from a jurisdictional standpoint, piracy raised a unique question.[17]  Highwaymen and pirates were alike in that both disrupted transportation and movement of goods across space.[18]  Highwaymen, unlike their oceanic counterparts, were bound within territorial borders respected by European sovereigns.[19]  Pirates, on the other hand, operated on the high seas, which did not belong to any sovereign state.[20]  The notion of sovereign-less high seas led to two different viewpoints.[21]  Under one viewpoint, transnational legal rules applied as no single state could establish jurisdiction over the high seas.[22]  The other viewpoint resisted legal rules altogether as it would be impossible to impose regulations with any consistency.[23]  Both viewpoints, however, emphasized the legal ambiguity of the realm that pirates occupy.[24]

Unlike seventeenth-century piracy which occurred mostly on the high seas, today’s piracy mostly occurs in territorial waters.[25]  The most pirated waters in recent years have been territorial waters that are choke points for international trade.[26]  Furthermore, the magnitude of damage extends beyond the vessels and the cargo affected.  The U.S. Merchant Marine estimates that annual damage caused by piracy can range from $4.9 billion to $8.3 billion.[27]  Piracy entails consequential damages in the form of higher insurance costs, increased crew compensation, legal fees, hostage ransoms, and increased fuel costs for ships to travel faster to discourage pirates.[28]  These increased costs are inevitably passed on to consumers in the global market.[29]  Hence, the true economic damage that pirates cause may be difficult to measure due to the intricacy of today’s global economy.

Furthermore, new forms of piracy have emerged in modern times.  In recent years, courts have ruled that acts of maritime aggression, which do not serve private gains but rather advance political agendas, constitute piracy.[30]  For instance, in 2013 a whale conservationist group, Sea Shepherd Conservation Society (“Sea Shepherd”), was convicted of piracy under international law by the Ninth Circuit Court of Appeals.[31]  Sea Shepherd was notorious for its acts in disrupting whale hunting activities in Antarctic waters.[32]  Sea Shepherd activists employed smoke bombs, liquid-filled projectiles, and prop fouler in their attempt to ruin whale products on board whale hunting vessels.[33]  The Ninth Circuit ruled that the activists’ goals did not justify their actions, which jeopardized crew members of the affected vessels.[34]

Today, the United Nations Convention on the Law of the Sea (“UNCLOS”) and the Convention for the Suppression of Unlawful Acts Against the Safety of Maritime Navigation (“SUA Convention”) are the main international laws governing piracy.[35]  Article 101 of UNCLOS contains perhaps the most universally accepted definition of piracy.[36]  Article 101 defines piracy as “any illegal acts of violence or detention, or any act of depredation, committed for private ends” on the high seas or outside the jurisdiction of any state.[37]  Article 101 also includes voluntary participation in the operation of a ship with knowledge of facts that make it a pirate ship.[38]  The SUA Convention, on the other hand, does not strictly define piracy but rather lays out a list of maritime aggressions that warrant international jurisdiction.[39]  The list of aggressions include: hijacking a vessel, committing violence to or endangering crew members, destroying or damaging a vessel or its cargo, and disturbing safe navigation.[40]  Compared to UNCLOS, the SUA Convention illustrates a broader framework that caters to the modern need of a broad definition of piracy extending beyond the outdated understanding of piracy as “sea-robbery.”[41]

Despite the wide acceptance of UNCLOS’s definition of piracy, UNCLOS has been criticized for its inadequacy.  UNCLOS defines piracy as a criminal act that warrants signees to prosecute; however, UNCLOS does not set up a mechanism for enforcement.[42]  For individual nations to enforce UNCLOS to combat piracy, they must incorporate UNCLOS provisions into their domestic laws.[43]  In some states, UNCLOS, as a treaty, is converted into domestic law automatically, but other states require legislation to enforce UNCLOS as domestic law.[44]  Few member states have actively incorporated UNCLOS into their domestic laws.[45]  Even if member states enforce UNCLOS provisions, UNCLOS’s limited definition of piracy fails to take into account the wide variety of piracy that occurs today.[46]  UNCLOS defines piracy as acts that serve “private ends” on the high seas or outside the territory of any state.[47]  Most piracy cases today occur in territorial waters and may not serve private ends but political goals.[48]  Therefore, UNCLOS’s narrow definition of piracy works against repressing piracy by excluding various forms of piracy from the categories set in Article 101.

Unlike UNCLOS, the SUA Convention does not set a specific definition of piracy and attempts to assist states prosecuting piracy by broadening the scope of prosecutable acts of piracy.[49]  Despite the variety of maritime aggressions that the SUA Convention covers, it has not been extensively utilized to combat piracy.[50]  Under the SUA Convention, a signatory state can obtain jurisdiction only when 1) the alleged maritime aggression fits under one of the categories set by the Convention and 2) has nexus to the alleged offense.[51]  Thus, signatory states of the SUA Convention can only benefit from the Convention’s broad prosecutorial authority under finite conditions.  Most acts of piracy, however, affect developing nations without sufficient law enforcement capabilities.[52]  They cannot independently incur the legal costs to prosecute pirates even if the SUA Convention grants them the authority.[53]  Furthermore, even if a state has both the authority and the capability to prosecute the aggressors, it often must rely on local authorities to provide evidence and detain suspects.[54]  If the local authorities are incompetent, the state may have to handle matters on its own and collect evidence and transport witnesses and suspects from remote locations.[55]  These costs far outweigh the benefits of prosecuting piracy; therefore, there is an inherent disincentive to take action.  If all signatory states participate in the prosecutorial action, they may alleviate the costs.  Yet, signatory states can only participate if they have nexus to the alleged offense.[56]  Thus, the SUA Convention preserves the inherent disincentives in prosecuting piracy and remains an underutilized legal tool.[57]

The concept of piracy has morphed over the years, but the questions of who has the legal authority to prosecute and how to prosecute remain to this day.  The age old idea of hostis humanis generis might have been the ideal solution as it granted universal jurisdiction to any and all states, but it was a custom rather than a concrete legal framework.[65]  UNCLOS attempts to concretely define the crime of piracy, yet falters by adhering to an outdated perception of piracy.[66]  The SUA Convention avoids the fallacy of the UNCLOS, but remains an unutilized legal tool due to the infeasible cost of prosecuting piracy.[67]  Despite diminishing incidents of piracy, international legal development was probably not the driving force behind it.  From an international legal perspective, pirates sail above the law.

[44] James Houck, Hoover Inst., The Opportunity Costs of Ignoring the Law of Sea Convention in the Arctic 20 (2014),http://www.hoover.org/research/opportunity-costs-ignoring-law-sea-convention-arctic.