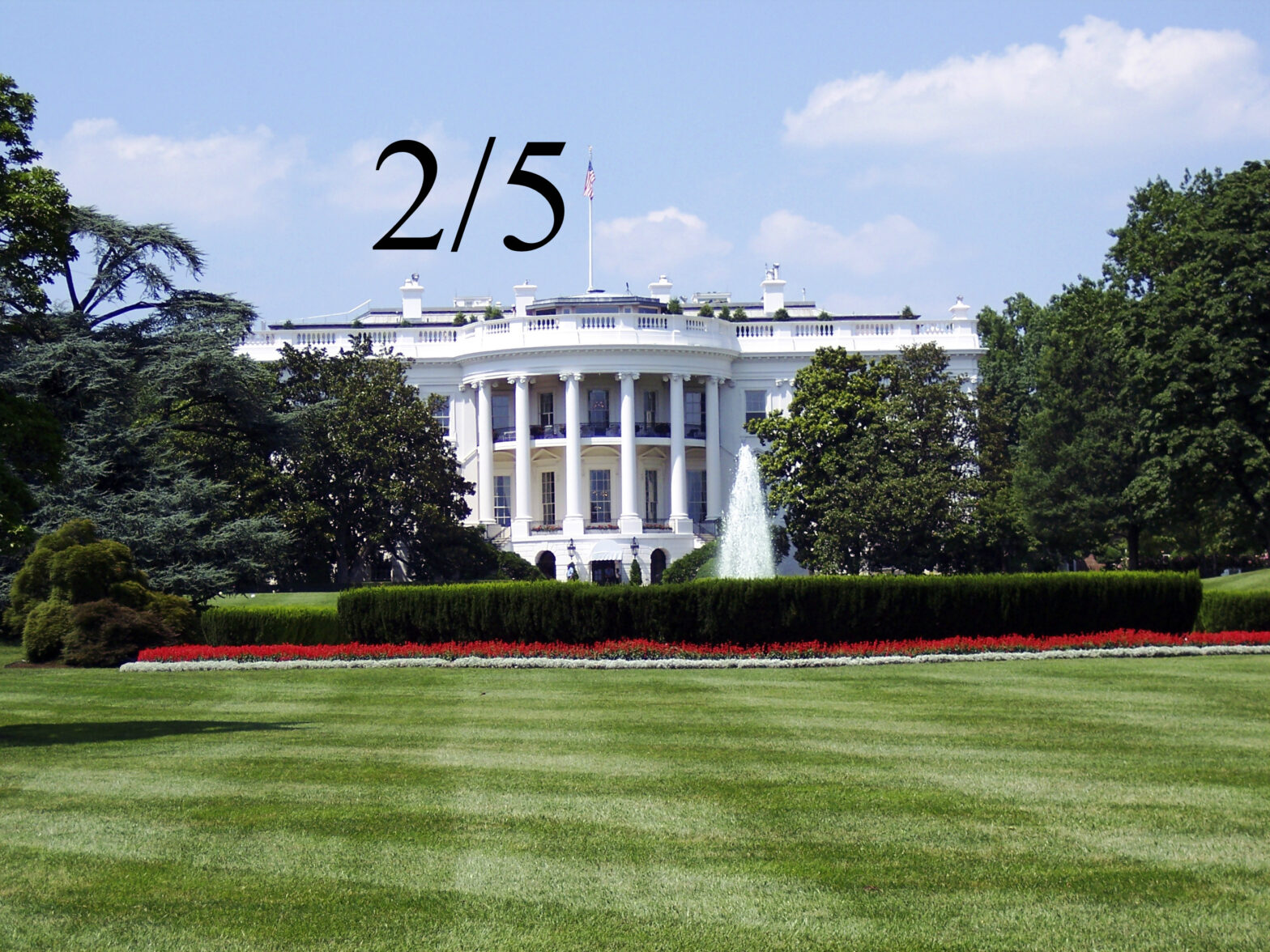 The Office of Foreign Assets Control (OFAC) is a relatively unknown agency operating under the U.S. Department of the Treasury with just 150 employees.[1]  Yet, despite its small size and clandestine profile, OFAC wields a tremendous amount of authority over the global financial markets and the activities of multinational corporations.[2]  Unsurprisingly, OFAC has been described as “one of the most powerful government agencies no one’s ever heard of.”[3]  As an agency within the U.S. Department of the Treasury, OFAC is responsible for administering and enforcing economic and trade sanctions based on U.S. foreign policy and national security objectives.[4]  Specifically, OFAC enforces domestic measures against targeted foreign countries, terrorists, international narcotics traffickers, and individuals involved with the proliferation of weapons of mass destruction.[5]

Although a superficial reading of OFAC’s mission statement would not suggest implications for common corporate and financial services, these entities fall within the scope of OFAC’s regulations.[6]  OFAC combats terrorism by severing one of its main arteries: the transfer of finances within banking institutions.[7]  While terrorist networks rely on funds to support their infrastructures, OFAC combats these organizations by freezing their assets, including property belonging to U.S. based-terrorist supporters.[8]  Specifically, OFAC targets multinational corporations that operate electronic financial systems, which have been used by terrorist organizations to transfer funds around the world.[9]  As a result, compliance with OFAC regulations is prioritized by various financial institutions insofar as they seek to avoid substantial civil and criminal penalties.[10]  Nevertheless, although OFAC measures have been essential in combating terrorism, these measures have raised various constitutionality concerns.[11]

Part I: OFAC’s Structure and Origins

The U.S. Department of the Treasury’s involvement with economic sanctions dates back to the War of 1812, when President James Madison ordered the Treasury to impose sanctions against Great Britain for the harassment of U.S. sailors.[12]  Similarly, during the Civil War, the Treasury prohibited transactions with the Confederacy and resulted in forfeitures of pending transactions.[13]  OFAC was officially established in December 1950 as a result of China’s entry into the Korean War, leading President Truman to authorize the freezing of all Chinese and North Korean assets under U.S. jurisdiction.[14]  OFAC succeeded the Office of Foreign Funds Control (FFC), which was established during World War II following Germany’s invasion of Norway in 1940.[15]  Much like OFAC, the FFC’s purpose was to freeze the Nazi’s assets and prohibit them from foreign trade transactions.[16]

Since its inception, OFAC’s scope has evolved with each Presidency to reflect the executive branch’s national security objectives.[17]  At a high level, OFAC is responsible for implementing economic sanctions against individuals and organizations responsible for assisting terrorist organizations.[18]   OFAC designates and maintains a list of Specially Designated Nationals (SDNs).[19]  U.S. citizens and corporations are prohibited from engaging with members designated as SDNs in capacities such as the export of goods, transportation, banking, and insurance services.[20]  In furthering these objectives, OFAC is authorized to impose civil and criminal penalties, while also having the capacity to block assets of foreign and domestic individuals and entities.[21]

OFAC primarily derives its authority from the Trading With the Enemy Act (TWEA) and the International Economic Emergency Powers Act (IEEPA).[22]  The former piece of legislation was enacted in 1917 to further national security objectives involving sanctions and embargoes on foreign nations.[23]  The IEEPA was enacted in 1977, which allowed the President to “declare a national emergency when dealing with an extraordinary or unusual threat to national security, economy, or foreign policy of the United States . . . .  In addition, the IEEPA authorizes the President to block any property in which a foreign country or a national thereof has any interest.”[24]

OFAC’s unchecked discretion and broadened scope in recent times has resulted in various constitutional challenges.[32]  Critics have argued that OFAC violates due process under the Fourth Amendment and amounts to a taking in violation of the Fifth Amendment.[33]  In response, OFAC’s proponents argue that the agency’s purpose is severely hindered by compliance with due process, as terrorist organizations could easily circumvent the agency’s enforcement with notice.[34]  Furthermore, proponents highlight the government’s interest in national security and counterterrorism as reasons that render these measures reasonable under the Fourteenth Amendment.[35]  Nevertheless, litigation over the constitutionality of OFAC’s authority has produced various test cases that serve to guide legal advisers and interested entities.[36]

In Islamic American Relief Agency v. Unidentified FBI Agents, the D.C. Circuit was asked to decide if it is constitutional for OFAC to deprive the plaintiff of its assets under the IEEPA without due process.[37]  The D.C. Circuit rejected the plaintiff’s arguments and upheld the District Court’s opinion after citing various precedent and policy reasons.[38]  In particular it rejected the plaintiff’s due process claims, finding that providing notice would afford the entity with the opportunity to circumvent enforcement.[39]  In addition, the Court also held that asset-blocking did not amount to a seizure in violation of the Fourth Amendment.[40]  Similarly, in Holy Land Foundation for Relief and Development v. Ashcroft, the appellate court affirmed the lower court’s decision, rejecting the plaintiff’s Fifth Amendment claim.[41]  The government had accused the Holy Land Foundation for Relief and Development (HLF) as serving as a front for Hamas.[42]  Following this accusation, HLF failed to respond to OFAC’s request to provide evidence contrary to the government’s claim.[43]  The District Court rejected HLF’s Fifth Amendment claim, stating that the block did not amount to a taking in violation of the Fifth Amendment, because OFAC had only temporarily deprived HLF of its assets.[44]

While courts have almost unanimously approved of OFAC’s authority to block an entity’s assets before designating it as an SDN, the U.S. District Court for the Northern District of Ohio’s decision in KindHearts Humanitarian Chartable Org.v. Geithner suggests that the agency’s scope is not unlimited.[45]  In KindHearts, OFAC blocked the plaintiff’s assets and provisionally designated the organization in response to its alleged affiliations with Hamas.[46]  OFAC acted without a warrant and its actions were solely based on reasonable suspicion that the plaintiff met the criteria outlined by Executive Order 13224.  The District Court held that OFAC’s actions had violated the plaintiff’s procedural due process rights under the Fourth Amendment.[47]  Specifically, it distinguished the present Fourth Amendment claim from that of Holy Land Foundation, which relied on the Fifth Amendment.  In particular, it held that “the Fourth Amendment imposes a lower threshold for finding a seizure than the Fifth Amendment’s taking analysis.[48]

Although the court’s decision in KindHearts seems to limit OFAC’s scope, commentators suggest that the decision stemmed from exceptional circumstances, namely the possibility of an abuse of authority.[49]  As a result, commentators have argued that KindHearts does not signal the contraction of OFAC’s reach.[50]  Nevertheless, from a due process perspective, the court’s decision in KindHearts provides future plaintiffs with invaluable means to challenge an OFAC blocking.[51]  This measure is particularly important due to the nature of an OFAC action, which not only results in the blocking of assets, but also creates a significant stigma against the plaintiff.[52]

*Michael Jiang is a J.D. candidate at Cornell Law School where he is on the Cornell International Law Journal Associate. He holds a Bachelor’s Degree from Bates College.

[18] Holly Gaudreau, The OFAC LIST – Due process challenges in designation and delisting(2014), https://www.lccr.com/wp-content/uploads/The-OFAC-List-2014-FINAL.pdf.