Brexit and Repealing the Human Rights Act: A Reform to Deform, Vol. 5 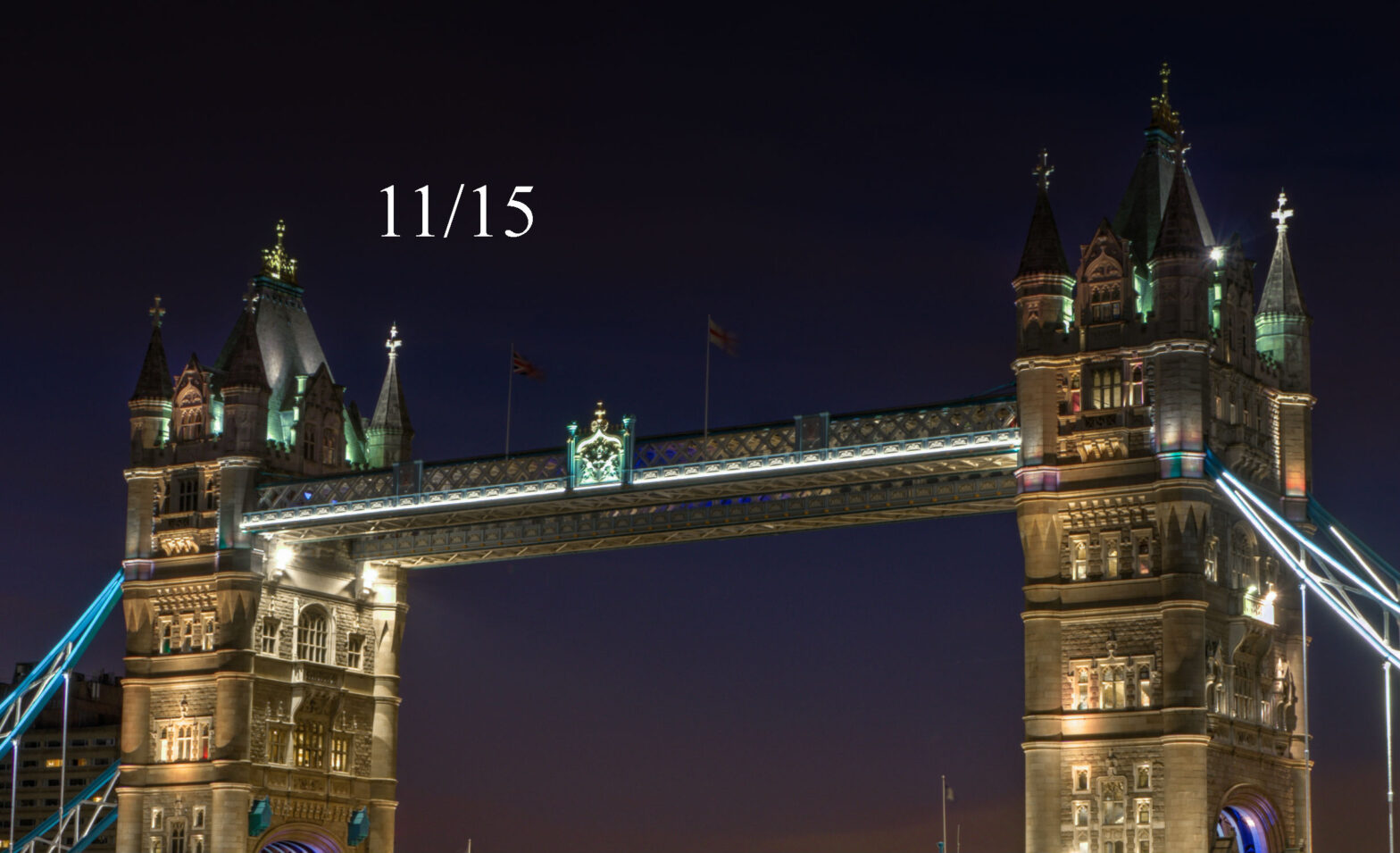 The media’s coverage of Brexit so far has primarily focused on its potential economic consequences, yet the British economy has not been living up to the media’s expectations of doom and gloom.[1]  Instead, the spotlight should be focused on the British government’s recent initiatives which, if implemented, would bring more immediate consequences.  In the wake of the Brexit referendum, Secretary of State for Justice Liz Truss promised to repeal the Human Rights Act as detailed in the British Conservative Party’s 2015 manifesto.[2]  Prime Minister Theresa May also solidified Britain’s stance on Brexit by announcing that Brexit negotiations will begin by the end of March 2017.[3]  If these plans materialize, Britain will be severing its ties with two European systems: the European Union (EU) and the European Convention on Human Rights (ECHR).[4]  Cutting ties with both the EU and the ECHR may leave the UK with a deficit of human rights law.  With nationalistic and xenophobic attitudes at their height in the UK and the bureaucratic nightmare that Brexit will likely bring, the British government’s agenda may entail serious and immediate impacts on human rights protections.

The UK is a member (or soon to be former member) of the EU and the European Convention of Human Rights (ECHR).[5]  As a member of the EU and the ECHR, the UK is subject to the European Union’s Court of Justice (ECJ) as well as the European Court of Human Rights’ jurisdiction.[6]  Over the years, the ECJ and the ECHR have strengthened Europe’s monitoring of human rights issues and proliferated development of human rights law in regional bodies throughout Europe.[7]  Given that the UK’s judiciary operates under a common law system, however, the ECJ and the ECHR’s frameworks were somewhat incompatible with the UK’s system.[8]  As a result, the ECJ and ECHR systems have often been criticized for their inefficiencies.[9]  Despite the drawbacks of the ECHR system, the UK passed the Human Rights Act (HRA) in 1998 in order to incorporate the ECHR’s supranational legal framework into UK’s domestic law.[10]  Furthermore, the HRA’s safeguards prevented UK legislation from unilaterally repealing EU laws that impact fundamental rights.[11]  Overall, the HRA bolstered the UK’s legal ties to the ECHR’s system and demonstrated the UK’s commitment to comply with the ECHR and provide enhanced human rights protection.

Although Brexit by itself cannot drastically impact human rights law in the UK, the Brexit movement has prompted nationalistic and xenophobic tendencies in the public.[12]  The British referendum vote to leave the EU occurred amidst the rising fear of terrorism in Europe.[13]  Europe was still recouping from terrorist attacks when Britain headed toward the polls to decide its fate in the EU.  Taking advantage of the situation, proponents of Brexit pushed forth anti-immigration rhetoric and promises of enhanced border control to gain support.[14]  In the four days following the referendum vote, hate crimes in the UK increased by 57%.[15]  With racial and ethnic tensions surfacing in the public, the UK will need strong legal measures to protect its citizens and immigrants of ethnic minority.  EU regulations underpin a significant portion of the UK’s anti-discrimination laws, so Brexit could potentially waterdown domestic anti-discrimination law.[16]  Hence, severing ties with the EU may pose serious human rights issues despite the fact that EU membership has relatively little significance in regards to Britain’s human rights law.[17]  The Brexit movement has not only instigated a hostile public attitude toward minorities, but it may also leave them vulnerable by creating a legal void.

Leaving the EU would not free the UK from its ties with the ECHR.[18] However, repealing the HRA will likely jeopardize safeguards for human rights law.  If the British government repeals the HRA, it is unclear how the ECHR’s legal precedents will function within the British system.[19]  British Parliament will also be free from the ECHR’s scrutiny when legislating or reforming laws that may impact human rights.[20]  In the meantime, British courts will likely have fewer legal obligations and less structure when undertaking undertake human rights matters, since they will no longer be required to follow ECHR precedent.[21]  Consequently, the UK will have a significant degree of freedom to reform its legal system.[22]  British Parliament has announced that it will draft a British Bill of Rights to fill the legal gap after repealing the HRA; however, it will be a burdensome and lengthy democratic process.[23]  A major concern is that the political elite will dictate the drafting process without much public oversight or participation.[24]  Without ECHR’s scrutiny, there is one fewer deterrent against the political elite.  Repealing the HRA would effectively give the UK free reign to reform and repeal laws that are relevant to human rights.

The combination of repealing the HRA and leaving the EU will nullify the UK’s obligations to follow the ECHR and the EU’s supranational authorities.[25]  The UK will consequently create significant legal gaps in its human rights law that the government may not be able to promptly fill to protect vulnerable minority and immigrantpopulations.  In the meantime, reports of hate crimes in the UK are rapidly increasing with a significant gap between reported cases and successful prosecution.[26]  Although the British system has well-established common law and the 1689 Bill of Rights to protect individual liberties, these frameworks mainly focus on protecting civil and political rights.[27]  Furthermore, UK citizens may not be able to seek adequate remedy for human rights violations without the HRA to integrate the ECHR’s legal framework into UK’s domestic law.[28]  Drafting a new British Bill of Rights might not be on top of the British government’s priority list.  Article 50 of the Lisbon Treaty requires the UK to enter a two-year negotiation period with the EU in order to leave the Union.[29] The UK government will most likely be preoccupied with the negotiations since the EU will likely hold stronger leverage points with regards to trade deals.[30]  As such, the British government may not be able to draft an adequate British Bill of Rights in the foreseeable future.  Even if it did, it is uncertain whether the new legislation will be sufficiently substantive to provide effective human rights protection and workable remedies like the ECHR framework.

A significant challenge that faces human rights protection in the UK is uncertainty.  Currently, it is unclear how the negotiations will proceed or what the consequences will be if the UK proceeds to sever ties with the UN and the ECHR.  Perhaps it is too early to predict any outcomes, as it is entirely possible that the UK creates a far better structure through this reform.  In the bigger picture, however, the UK’s divorce with the EU and the ECHR destabilizes the supranational structure.  The necessary component of the ECHR and the EU’s supranational structural is judicial cooperation through which a uniform human rights law could coherently develop.[31]  By choosing to isolate itself, the UK may not only be hurting its own laws but also European human rights development.

[4] Democratic Audit UK, The Legitimacy of the EU Referendum Requires that Citizens are Informed of the Implications of their Decision, Democratic Audit UK (Apr. 22, 2016), http://www.democraticaudit.com/2016/04/22/the-legitimacy-of-the-eu-referendum-requires-that-citizens-are-informed-of-the-implications-of-their-decision/.

[26] Committee on the Elimination of Racial Discrimination, Concluding observations on the twenty-first to twenty-third periodic reports of Great Britain and Northern Ireland 4 (Aug. 26, 2016), http://tbinternet.ohchr.org/Treaties/CERD/Shared%20Documents/GBR/CERD_C_GBR_CO_21-23_24985_E.pdf.