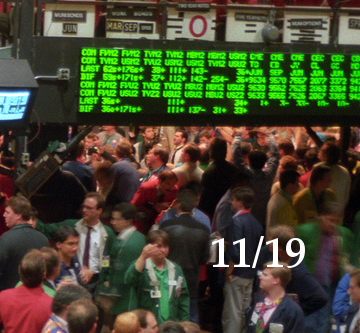 Following the 2008 recession, Congress enacted the Dodd-Frank Act[1] reversing the Clinton-era deregulation of derivatives.[2] One of the Dodd-Frank Act’s many provisions gives the United States Commodity Futures Trading Commission (CFTC) the authority to promulgate rules and regulations governing derivative swaps[3] in order to rein in the reemergence of swaps trading.[4] The CFTC has issued regulations requiring swap traders to register with the CFTC, to comply with certain controls including information reporting requirements, and to clear trades through certified trade-clearing organizations.[5]

These regulations initially extended only to the trading of swaps in the United States, but their coverage expanded when the CFTC released the Interpretive Guidance and Policy Statement Regarding Compliance With Certain Swap Regulations (Policy Statement) on July 26, 2013.[6] The Policy Statement announced the CFTC’s official stance on its application of CFTC rules and regulations for derivative swaps with respect to the extraterritorial limitation set by the Dodd-Frank Act. Due to the effect that extraterritorial application of CFTC regulations would have on both United States persons or organizations operating abroad and non-United States persons or organizations, several banking associations challenged the validity of the Policy Statement as well as several of the Title VII Rules promulgated by the CFTC.[7] In the recent case Security Industry and Financial Markets Association v. CFTC, the D.C. district court found in favor of the CFTC on most issues, including on the validity of the Policy Statement—a rather rare victory for government agencies in Washington.[8] That outcome raises several key issues, including the effect on the international swap market and potential future litigation on those issues of the case that the court did not find for the CFTC.[9]

II. Dodd-Frank and the CFTC Regulations

The Dodd-Frank Act grants the CFTC jurisdiction to regulate the previously deregulated derivatives swap market.[10] However, the Dodd-Frank Act also limits the reach of that jurisdiction. In particular, Title VII of the United States Code Section 2(i) limits the application of rules promulgated under that title to activities within the United States “unless those activities have direct and significant connection with activities in or effect on commerce of the United States.”[11] In promulgating its “Title VII Rules,”[12] (covering reporting standards, compliance with risk management controls, and trading procedures) the CFTC properly published drafts of the regulations for review and solicited comments from a multitude of parties including the plaintiffs in SIFMA.[13] One of the main concerns raised during the comment period was the extent to which the regulations would apply extraterritorially.[14] The CFTC, arguing that this issue was a separate concern from the rules that were promulgated, left the application and interpretation of Section 2(i) for a later date.[15] July 26, 2013, the day on which the Policy Statement was finally and formally published, was that later date.

The Policy Statement is not a “binding rule”; rather, it sets forth the standard for which the CFTC will apply its Title VII Rules to transactions and persons outside of traditional United States jurisdiction.[16] Specifically, the Policy Statement “interprets the term ‘direct’ in Section 2(i) so as to require ‘a reasonably proximate causal nexus’ and not foreseeability, substantiality, or immediacy.”[17] The CFTC further rejected a case-by-case determination of individual swap transactions and decided to apply the Title VII Rules to swaps in the aggregate or classes of swaps.[18]

The Policy Statement also establishes that its interpretation of Section 2(i) will apply to those it considers to be a “U.S. Person.”[19] The CFTC interpretation aims to cover persons located within the United States as well as those domiciled or operating outside the United States whose actions involving swaps have a “direct and significant connection with activities in, or effect on, commerce of the United States”.[20] This includes persons who are non-residents of the United States and some organizations which are not incorporated or organized under any State’s law.[21] The CFTC regulations will thus reach the foreign branches of a U.S. Person under the reasoning that “a branch does not have a legal identity separate from that of its principal entity.”[22] So sweeping a jurisdictional claim rankled many securities firms and laid the foundation for the legal challenge of the CFTC.[23]

The Securities Industry and Financial Markets Association, International Swaps and Derivatives Association, and Institute of International Bankers (collectively “SIFMA”) challenged the CFTC’s Policy Statement in the United States District Court for the District of Columbia on December 4, 2013.[24] SIFMA alleged that the CFTC’s policies and interpretations of the extraterritorial application of its Title VII Rules, as well as the underlying Title VII Rules themselves, were both procedurally invalid and arbitrary and capricious.[25] Both the CFTC and SIFMA moved for summary judgment on the issues.[26] In a 92-page opinion, Judge Friedman concluded that the majority of SIFMA’s claims fail because of Congress’s intent to regulate the swap markets extraterritorially.[27] The court upheld the Policy Statement, deferring to the CFTC’s judgment in matters concerning the regulation of swap derivatives and their application under Section 2(i).[28] The court did, however, remand several Title VII rules to the CFTC for further analysis,[29] holding that further considerations of the economic costs of such regulations were required.[30]

The holding of SIFMA splits the issues in two. On the one hand, the CFTC’s interpretations will stand and will be applied in the further regulation of the United States international swap markets. On the other hand, the CFTC will have to conduct a cost benefit analysis before returning the remanded Title VII Rules to the playing field.[31] Should the CFTC promulgate those rules then the CFTC may find itself defending them again at a later date.[32]

The outlook on the future of swaps trading is mixed. The SIFMA case is representative of Wall Street’s dissent and their belief that the CFTC “constrain[s] its ordinary course of business.”[33] Certain international swap trading platforms have already closed their doors to traders of both United States and non-United States firms; even more dramatically, some have temporarily closed their doors to all traders.[34] Both representatives of Congress and a member of the CFTC have expressed their fears that the Policy Statement was published without proper analysis of its future economic impact.[35] Regardless of current objections to the Policy Statement, issues of actual international compliance with the Title VII Rules, as well as how those rules will coexist with other international swap regulations, have yet to fully develop and present themselves.[36]

The extended jurisdiction of the CFTC under the Dodd-Frank Act applies the current Title VII Rules to transactions outside the United States and across the global market. While certain groups, encompassed by SIFMA, have already raised their voices, the current success of the Policy Statement in the federal courts suggests a measure of longevity. But success in this initial challenge also sets the stage for continued objections from other groups that are now or soon to be affected by the extraterritorial reach of the United States’ regulatory machinery.

[33] See id. (“‘The court’s ruling on the status of the cross-border guidance leaves uncertainties,’ Sifma said in a statement, citing ‘significant concern to market participants.’”) (quoting an interview with SIFMA).

[36] Id. (expressing concern for uncertainties in “how the CFTC will handle issues of registration and regulation of foreign-based mandated service providers” and expressing concern that it “remains to be seen” how the CFTC and SEC will act with respect to the “principles of international comity” when “defer[ring] to and cooperat[ing] with foreign regulators”).