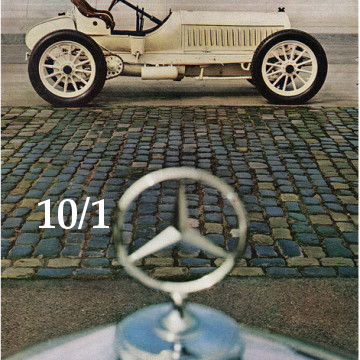 The Daimler Decision and Personal Jurisdiction

In the Supreme Court’s decision in Daimler AG v. Bauman, handed down in January, the Court tackled the thorny issue of personal jurisdiction.[1] The case, which involved a suit by foreign plaintiffs under the Alien Tort Statute and the Torture Victim Protection Act, concerned what is known as general or all-purpose jurisdiction. Arising from a lawsuit filed in the Northern District of California, the case featured arguments by the plaintiffs that sought to test and redefine the boundaries of federal court jurisdiction.[2] While these arguments proved convincing to the Ninth Circuit, they were ultimately rejected by the Supreme Court.

Writing for the majority in Daimler, Justice Ginsburg reviewed a series of cases familiar to any student of United States civil procedure.[7] From Pennoyer v. Neff to Goodyear Dunlop Tires Operations, S.A. v. Brown, the Court tracked the evolution of personal jurisdiction from its humble, limited origins to the refinement of the doctrine into the two strands known as specific and general jurisdiction.

A synopsis of the Court’s own recitation is helpful for understanding the issues presented in Daimler. Although Pennoyer is no longer good law,[8] its general proposition still pervades personal jurisdiction analysis: the authority of any court is “necessarily restricted by the territorial limit of the State in which it is established.”[9] To this end, specific and general jurisdiction define the two ways in which a court can exercise adjudicative authority over an individual or corporation. Specific jurisdiction follows where a suit “aris[es] out of or relate[s] to the defendant’s contacts with the forum.”[10] General jurisdiction, on the other hand, occurs where “continuous corporate operations within a state [are] so substantial and of such a nature as to justify suit against [the corporation] on causes of action arising from dealings entirely distinct from those activities.”[11] Further, where a suit involves a foreign corporation, courts look to see that the corporation’s “affiliations with the State are so ‘continuous and systematic’ as to render [it] essentially at home in the foreign state.”[12] Only then will a court find that general jurisdiction exists over the corporation such that that court can adjudicate “any and all claims against them.”[13] This general, all-purpose jurisdiction is what the Daimler decision concerned itself with.

The twenty-two plaintiffs in Daimler were all residents of Argentina who were either employees of Mercedes-Benz Argentina (MBA) or close relatives thereof.[14] The complaint filed in the Northern District of California alleged that MBA, a wholly owned subsidiary of DaimlerChrysler AG’s (Daimler) predecessor in interest, collaborated with the Argentinian military to perpetuate various atrocities against MBA workers during Argentina’s “Dirty War.”[15] The plaintiffs asserted their claims against Daimler under the Alien Tort Statute and the Torture Victims Protection Act of 1991.[16] In response, Daimler challenged whether the California District Court had personal jurisdiction to hear the case.

The general jurisdiction analysis requires an assessment of the contacts each defendant has with the forum. Here, the named defendant Daimler was the one-hundred-percent owner of MBA.[17] Daimler was incorporated and had its principal place of business in Germany.[18] Mercedes-Benz USA, LLC (MBUSA) was a limited liability company formed under Delaware law with its principal place of business in New Jersey. MBUSA was a wholly owned subsidiary of DaimlerChrysler North America, which was a wholly owned subsidiary of Daimler.[19] In assessing MBUSA’s contacts with California, the Ninth Circuit concluded—(and the parties did not contest)—that “MBUSA has the requisite contacts” to be amenable to suit in California.[20] So the question before the Supreme Court was whether the California contacts of MBUSA could be imputed to Daimler, a separate corporate entity and indirect owner.[21] Applying an agency test, the Ninth Circuit answered this question in the affirmative, considering the level of control between the parent and subsidiary and the importance of the subsidiary to the parent.[22] On review, the Supreme Court rejected this agency theory, concluding that such a test would lead to a “sprawling view of general jurisdiction” that was flatly rejected by prior precedent.[23]

IV. What Does This All Mean

Perhaps the easiest answer as to why the Ninth Circuit got this question wrong is that, since International Shoe, the Court has had few opportunities to address general jurisdiction, and thus the record on the issue is substantially less developed as compared to specific jurisdiction. While the agency theory applied by the Ninth Circuit was a minority rule, it is not inconsistent with prior precedent on general jurisdiction and indeed the Supreme Court did not reject all applications of an agency theory in Daimler.[24] What the Ninth Circuit did do that made this an “easy” case was extend the agency concept to its logical limit.

The Daimler plaintiffs sought to impute the contacts of a subsidiary to another subsidiary via a shared parent corporation. The Ninth Circuit granted jurisdiction on this argument based on a liberal application of agency principles. By the Ninth Circuit’s definition, an agency relationship would exist whenever an entity performed a function that was “important” to another entity.[25] Importance is further defined as the latter entity’s willingness to perform a task if the former entity did not exist to do it for them.[26] The Supreme Court noted that such logic would mean that anything a corporation does through a subsidiary, independent contractor, or distributor amongst other things, could subject the corporation to general jurisdiction.[27] This virulent conception of agency would, as the Supreme Court noted, create a “sprawling view of general jurisdiction.”[28] Moreover, such an interpretation of general jurisdiction would blur the line between general and specific jurisdiction.

* Connor O’Shea is a J.D. candidate at Brooklyn Law School, where he is an Articles Editor for the Brooklyn Law Review. He holds a B.A. from Tufts University in Political Science.

[31] Id. at, 760 (“These bases afford plaintiffs recourse to at least one clear and certain forum in which a corporate defendant may be sued on any and all claims.”).