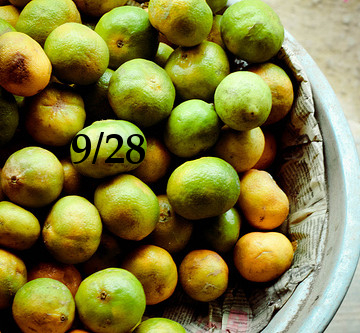 On April 24, the European Union banned Indian imports of mangoes, along with four other vegetables, from May 1 till the end of 2015.[1] The ban leaves Indian mango growers suffering and bankrupt, European mango lovers disappointed, and Indian officials baffled.

Indian officials condemned the ban as ‘premature’ and ‘arbitrary’[2], but the ban also clashes with the EU’s obligations under World Trade Organization rules. This article argues that deep inconsistencies riddle the EU’s trade restriction. An examination of the EUROPHYT database—a record of reported import interceptions[3], the EU press release on the ban[4], and the Commission Implementing Decision published in the Official Journal of the European Union[5] reveal the paradoxical reasoning behind the ban, especially when read alongside other EU produce import policies.

II. Unjustifiable Discrimination: Is 22 More Than 102?

The EU partially justified the ban because of the presence of fruit flies, from the family Tephritidae, in a “high number” of consignments intercepted at arrival in the EU.[6] However, the statistical data on 2013 mango shipment interceptions reveals that the “high number” turns out to be only 22.[7] This is compared to 102 consignments of mangoes from Pakistan[8], 27 from Dominican Republic[9], 22 from Jamaica[10], 19 from Ivory Coast[11], and 16 from Kenya[12]—all intercepted in 2013 due to the presence of the same Tephritidae fruit flies. Likewise, in 2012, merely 23 consignments of mangoes from India were found infested with fruit flies,[13] against 85 from Pakistan[14], 28 from Dominican Republic[15], and 25 from Jamaica[16]. A year earlier, in 2011, just 11 consignments of mangoes from India were found infested with fruit flies[17], compared to 23 from Pakistan[18]. The lie of “high numbers” continues to play out: in the first four months of 2014 only a single consignment of mangoes from India has been intercepted due to fruit flies.[19] Against such a background, it becomes extremely difficult to comprehend why the ban has been imposed only on Indian mangoes when interceptions from Pakistan were nearly five times more. Besides, what, then, is the basis for the EU’s blanket conclusion that “the number of interceptions [have] increased further in 2013”?

…key elements of the action plan in response to [the earlier] audit have not been implemented and therefore the shortcomings identified remain, in particular regarding the competence of staff performing checks, the appropriateness of checks and the export of lots in which a harmful organism has been found during the checks. Until the shortcomings identified are addressed there is a high risk of further potential introduction of harmful organisms on plant produce exported from the Dominican Republic to the EU.[21]

Yet another similar audit carried out by the Commission in Kenya in November, 2013 states the following:

…there are a number of significant shortcomings in its implementation, in particular relating to the performance of the official checks carried out at the main point of exit and at places producing plants for planting for export to the EU……until the shortcomings are addressed, the risk of further interceptions on other commodities remains high.[22]

If the EU was truly concerned with the risk of introduction of fruit flies into Europe, then similar bans should have been imposed on imports of mangoes from the Dominican Republic and Kenya, where conditions almost identical to those in India exist. But the EU has not done so, and this inconstant approach further erodes the rationale supporting the Indian ban.

Beyond logical inconsistencies, the EU’s twisted reasoning violates its obligations under international trade agreements. The Sanitary and Phytosanitary Agreement (SPS Agreement)[23] of the WTO contemplates instances when sanitary issues exist in multiple exporting countries. Article 2.3 prohibits countries from applying measures which “arbitrarily or unjustifiably discriminate between Members where identical or similar conditions prevail” or which “constitute a disguised restriction on international trade.” In ignoring the problems in the Dominican Republic and Kenya, but targeting India, the EU’s ban breaches this ‘non-discrimination’ requirement of the SPS Agreement.

III. The Rush to Pick the Most Restrictive Trade Measure

Article 5.6 of the SPS Agreement obliges members to choose the least trade-restrictive measure reasonably available to achieve its goals. The EU has yet again failed to comply with this obligation by choosing to ignore a lesser trade restrictive measure available to it: allowing import of mangoes conditionally, only if the fruit come from sources approved by India’s Agricultural Produce Export Development Authority (APEDA). Instead, the EU introduced the ban just before new Indian produce export regulations, agreed upon by the India-EU Joint Working Group on SPS/TBT, entered into force.[24]

In its reply to the EU’s 2013 audit, Indian authorities submitted an action plan that recognized the deficiencies and committed to creating “a new system of export inspection and certification.” The new system was to be in place by April 1, 2014.”[25] As an interim measure, India also established an exclusive area for inspection and certification work in Mumbai, the hub of Indian exports to Europe.[26] APEDA regional offices had already conducted extensive education programs to inform the traders about the impending scenario and were advised to gear up to meet the requirements.[27] In addition, on March 14, 2014, APEDA issued an advisory to fruit and vegetable exporters to increase their quality controls.[28]

The EU, despite being aware of India’s renewed export inspection efforts, chose not to wait to appreciate the effectiveness of the new quality control mechanisms. This wait-and-see approach stands as a reasonable alternative to the ban, but the EU rejected it. Indeed, the Standing Committee on Plant Health voted in favour of the draft Commission Implementing Decision banning the importation on March 26,[29] just five days prior to the enforcement of the new regulations.

IV. Conclusion: India Should Challenge the EU Before the WTO

The EU ban is surely not an innocent plant protection measure that it claims to be. But what, one wonders, is the ulterior motive behind such a knee-jerk and discriminatory measure by the EU? Is it the frustration owing to the delay of the proposed Free Trade Agreement?[30] Is it a response to India’s uncompromising stand on the ‘peace clause’ at the ninth ministerial conference of the WTO held in Bali?[31] Or is it the EU’s dissatisfaction with the reduction of duties on imports of European wines in India?[32] While one can only guess as to the exact purpose behind the ban, there is no guessing that it will definitely have a damaging effect on the trade relations between the countries.

The ban has exposed the Indian farming sector to significant losses.[33] Indian farming community is also worried about the larger ramifications of the ban since it would hurt the image of Indian mangoes in other countries. Bilateral discussions with the EU have not brought any results so far, resulting in India’s formal communication of its disagreement with the ban.[34] Given that there seems to be no solution forthcoming out of trade diplomacy, India is left with no other choice but to resort to the WTO’s dispute settlement mechanism.

An examination of the WTO cases concerning sanitary and phytosanitary restrictions reveals that the Appellate Body and panels have, on various occasions, indicated that such bans could be inconsistent with the obligations under Article 2.3[35] and Article 5.6[36]. India, therefore, has a strong case for the removal of the ban. Although the peak season for mango exports is already over and the injury to Indian mango growers is already done, filing a WTO complaint and winning the case would certainly prevent the EU from taking such arbitrary and indiscriminate measures in future.

[3] See EUROPHYT—Interceptions, European Commission, http://ec.europa.eu/food/plant/plant_health_biosafety/europhyt/interceptions_en.htm (last visited July 23, 2014) (cataloguing monthly and annual interceptions of imports into the European Union and Switzerland, from 2011 until the present).

[5] Commission Implementing Decision 2014/237, on Measures to Prevent the Introduction Into and the Spread Within the Union of Harmful Organisms as Regards Certain Fruits and Vegetables Originating in India, 2014 O.J. (L 125) 93-94.

[7] EUROPHYT, Interceptions of Harmful Organisms in Commodities Imported into the EU Member States and Switzerland in 2013, 23 (2014), available at: http://ec.europa.eu/food/plant/plant_health_biosafety/europhyt/docs/2013_interceptions_en.pdf.

[13] EUROPHYT, Interceptions of Harmful Organisms in Commodities Imported into the EU Member States and Switzerland in 2012, 18, available at: http://ec.europa.eu/food/plant/plant_health_biosafety/europhyt/docs/2012_interceptions_en.pdf.

[17] EUROPHYT, Interceptions of Harmful Organisms in Commodities Imported into the EU Member States and Switzerland in 2011, 18, available at: http://ec.europa.eu/food/plant/plant_health_biosafety/europhyt/docs/2011_interceptions_en.pdf.

[21] European Commission Health and Consumers Directorate-General, Final Report of an Audit Carried out in the Dominican Republic from 12 to 21 June 2012 in Order to Evaluate the System of Official Controls and the Certification of Plants and Plant Products for Export to the EU, 1, DG (SANCO) 2013-6301 (Sep. 10, 2012),available at: http://ec.europa.eu/food/fvo/act_getPDF.cfm?PDF_ID=9948.

[22] European Commission Health and Consumers Directorate-General, Final Report of an Audit Carried out in Kenya from 12 to 22 November 2013 in Order to Evaluate the System of Official Controls and the Certification of Plants and Plant Products for Export to the EU, 1, DG (SANCO) 2013-6817 (Feb. 5, 2014), available at: ec.europa.eu/food/fvo/act_getPDF.cfm?PDF_ID=10858.

[25] Response of the Competent Authorities of India to the recommendations of Report ref. DG(SANCO)/2013-6818-MR of an audit carried out from 17 to 26 April 2013 in order to evaluate the system of official controls for the export of plants and plant products to the European Union, p. 2, available at: http://ec.europa.eu/food/fvo/rep_details_en.cfm?rep_id=3168