The Problematics of a Passport, Vol. 2 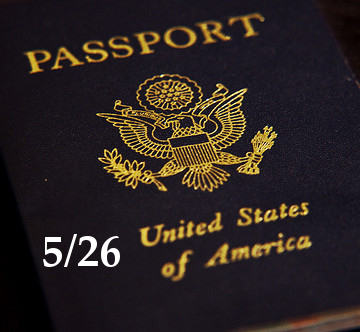 The Problematics of a Passport

It is sometimes amusing, and perhaps a bit bewildering, to see the U.S. Supreme Court bumble about in international affairs. In this term’s Bond v. United States, for instance, the Court must consider whether the Treaty Power enables Congress radically to expand the scope of federal criminal prosecution. An uncontroversial international matter—the banning of chemical weapons—may yield a drastic rearrangement of our internal governmental structure, such that an international treaty meant to hinder terrorists and tyrants would let federal prosecutors throw the book upon a truculent woman who gave someone a thumb burn with common darkroom chemicals.[1]

Zivotofsky v. Kerry, which the Court agreed just recently to hear,[2] parallels Bond in its banal genesis. But here, this seemingly trivial internal affair—a single word in a U.S. passport—may spiral into a bona fide international fiasco. This may seem hyperbolic, until one considers that the single word is “Israel,” and the context is its placement near that other sanguinary word, “Jerusalem.”

The parents of Menachem Zivotofsky, a U.S. citizen born in Jerusalem, sued the Secretary of State not long after U.S. officials denied their request to list “Jerusalem, Israel” as young Menachem’s birthplace on his passport.[3] The Department of State has long refused, as a matter of policy, to include that comma’s crucial eastern side.[4] Meanwhile, the Zivotofsky family relies adamantly on Section 214 of Public Law 107-228—passed, conveniently enough, right before Zivotofsky fils was born[5]—which directs the Secretary of State to record, upon request, Israel as the place of birth for U.S. citizens born in Jerusalem.[6]

The Zivotofsky case represents, for the majority of us here in the U.S., a rather straightforward administrative squabble. Upon signing into law the relevant statute, President Bush warned that Section 214 would “impermissibly interfere with the President’s constitutional authority to formulate the position of the United States . . . and determine the terms on which recognition is given to foreign states.”[7] Last year, the D.C. Circuit Court of Appeals agreed and turned President Bush’s warning into law.[8] The case thus turns on whether Congress can usurp the President’s prerogative to recognize (or not) Israeli sovereignty over that old, beleaguered city. It is, to put it simply, a classic case of that long and storied American preoccupation: the separation of powers.

Minds weaned on Montesquieu might find this marginally interesting; though like with Bond, any internal reconfiguration of America’s governmental structure will hardly warrant a batted eye from the international community. But one is loath to overlook the obvious. Despite the legislature’s best or worst intentions, the executive has always balked at the task of recognizing any sovereign power over the Holy City;[9] the international community has shared, more or less, in this willful agnosticism.[10] A formal recognition of Israeli sovereignty over Jerusalem is nearly the opposite of Pascal’s wager: we can guess fairly well what we stand to lose, but what do we stand to gain?

One cannot begin to answer this question without considering the little pickle we have found ourselves in regarding Israel’s and Palestine’s endless anxieties. Israeli settlers continue to build illegally on occupied land;[11] the only things that seem to pass freely across the Gaza border are rockets.[12] The Palestinian Authority has formed an unsavory alliance with Hamas, to which Israel has responded by retreating from over a year of U.S.-backed peace talks.[13] So while the United States stands humiliated by the frailty of our efforts, the robed and benched sit practically poised to rule on our position regarding one of the most calamitous issues at stake in the international arena.

None of this should, by necessity, matter in a legal sense. Yet to view our constitutional jurisprudence in a vacuum is the highest form of solipsism. Here, the legislature’s insistence on a single word in a passport—petty and innocuous though it may seem—threatens not only a domain held traditionally in another branch’s hand, but also a colossal and delicate matter of international concern. Unilateral recognition by the United States of an Israeli Jerusalem is hardly a sign of a credible mediator, let alone of a nation that views annexation as illegitimate. It is precisely when these sorts of stakes are involved that our historic commitment to separation of powers seems less like simple formalism, and a bit more worth defending.