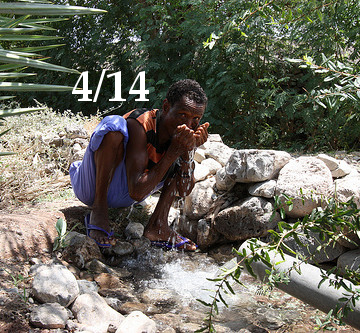 Recognition, Realization, Resignation: The Human Right to Water in Europe

On February 17, 2014, the European Parliament began to debate on the European Citizens’ Initiative proposal on the human right to water.[1] The Right2Water initiative pushes for European Commission legislation recognizing water and sanitation as human rights, with dual aims of codifying the right in Europe and putting in place cross-border programs to ensure this right exists in developing nations as well.[2] Although international law acknowledges the right to water and sanitation, this right only becomes enforceable when individual states codify these global ideals. The push for such enforcement is unsurprising—over 768 million people worldwide lack access to health drinking water sources and more than 2.5 billion people lacking access to improved sanitation facilities.[3]

Legally binding international conventions have explicitly documented the right to water for several decades,[4] but it was United Nations’ resolution 64/292 of July 28, 2010 that recognized it as “a human right that is essential for the full enjoyment of life and all human rights.”[5] The General Assembly called upon states and international organizations to provide financial resources and technological know-how, to increase access to “safe, clean, accessible and affordable drinking water and sanitation for all,” with a particular focus on developing countries.[6] While this was the first critical step in recognizing water as a fundamental right, it did not specify that the right entailed legally binding obligations. To explicitly fill this gap, the UN Human Rights Council confirmed in its historic UN Human Rights resolution that the right to water and sanitation is legally binding.[7] The resolution clearly signaled that access to water and sanitation are no longer matters of charity but a human right that demands affirmative work to implement. The resolution made the Member States principally responsible for ensuring that their national legislation implements their obligations in relation to the right to water. The debate taking place this year in the European Parliament, and any ensuing legislation, reflects this duty.

The Members of European Parliament (MEPs) largely expressed support for the main aim of the Right2Water initiative, which Germany’s Gerald Häfner of the Petitions Committee described as “a milestone in the history of European democracy.”[8] However, the MEPs disagreed on the initiative’s position on against liberalization, the private sector’s commodification of water. The Right2Water initiative holds that, as “a limited natural resource and a public good fundamental for life and health,” water must be kept out of private markets—its vital necessity outweighs its limited quantity.[9] Criticizing this approach, Chris Davies, a British Liberal MEP, pointed to the success of the privatized water systems in the U.K. and argued that the expense of providing quality water systems made the private sector the best, most efficient agent of offering water.[10] Countering Right2Water’s anti-commercial stance, those in favor of liberalization believe that privatizing water is the best way to extend this right to all.

No one in Europe has questioned that water is a universal right; it is the implementation that is the problem. Anne-Marie Perret, who has led the Right2Water Citizens Committee since 2012, believes that the reason for this problem, at least from a European point of view, is that EU institutions must change their thinking and come to realize that water is not a commodity but a common good.[11] In support of her claim, Perret points out the injustices of water commodification: in several European countries, such as Spain, distribution companies do not hesitate to cut off the water of households with financial problems.[12] Where the laws better recognize the right to water and place regulation in the public’s hands, enforcement of the right would be easier and economically-motivated deprivation much harder.

Such a grand transformation of a commodity into a right is not unprecedented. South Africa enshrined the right to water in its constitution,[13] and its courts have consistently supported and enforced this explicit right. In Residents of Bon Vista Mansions v. Southern Metropolitan Local Council, the local Council—not a water company—initially cut off a building residents’ water supply due to non-payment of water charges.[14] The High Court of South Africa first ordered that the water supply be restored immediately over the course of the trial, and then reinstated the water supply, reasoning that the Council’s disconnection was a constitutional breach.[15] Inability to pay was not enough to deprive the residents of their human right to water in South Africa.[16]

But European Union efforts would target private service providers in addition to public utilities—and this has lead to more vociferous opposition. About a third of EU citizens already receive their water from privately managed systems operating under strict conditions in terms of pricing and social considerations.[17] Gérard Payen, the president of the International Federation of Private Water Operators present at the European Parliament, said that the Right2Water “organi[z]ers look to disturb [his and other private water operators’] profession.”[18]

The European Parliament’s rampant politicking, which has inundated the debate on water, complicates the issue further. Phillippe Boulland, a French center-right MEP of the European People’s Party and a member of the Parliament’s petitions committee, warned about political motives, arguing that the initiative attempts to prohibit the privatization of water by “questioning the French model of concession management that provides one of the lowest water price in Europe”.[19] Right2Water’s Perret responds that it is solidarity, not populism; the initiative is a tool that the European Commission has provided so that people can have their voices heard.[20]

The initiative has been a success at least in that respect: the European Parliament has heard the voices of constituents across Europe and this has engendered debate. But the substance, especially concerning taking the water from the privately managed systems, is likely to prove to be a considerable challenge. Based on international law’s recognition of the right thus far, actual realization of the right does not seem likely without some sort of drastic measure. Indeed, the South African Constitution’s definition of water as a constitutional right came as one sliver of dramatic socio-political changes and the concomitant drafting of a new constitution. The EU effort to establish the right of water stands alone. As the sole occupant of the spotlight, it bears the harsh scrutiny of free-market advocates. But for those who believe that water is a fundamental right, turning away from the rules of the market seems to be the only way to effectively move from platitudes “recognizing” the right to actual, legal protections.

The European Commission’s response, however, revealed EU politicians who were more wary of codification than Right2Water and the initiative’s supporters.[21] In a move that follows the empty bromides that those in favor of decisively recognizing the right hoped to avoid, the Commission merely gestured toward a host of pre-existing programs that touched upon fragments of the initiative’s desired goal.[22] While the Commission reaffirmed the right to water and its status as a necessity beyond commercialization, the Commission did not propose any legislation to make manifest these ideals.[23] Responding to the perceived half-measures, Right2Water’s vice president Jan Willem Goudriaan slammed the response as lacking “any real ambition.”[24] Any legislation, however, would have been a decisive change, altering utility provider structures and redirecting EU foreign aid efforts. It is a situation far from unprecedented: everyone has agreed on the goal and that it is a good one, but implementation seems daunting. While Right2Water initiative’s supporters may be disappointed now, the fact that the Commission has reaffirmed the right and reiterated its status is still a significant step in the right direction. The EU has much to look forward to in this area, and one can be hopeful that the hesitation to pass sweeping legislation means the eventual result will be well thought out and effective.

[1] Parliament Kicks Off Debate on the Legal Right to Water, EurActiv (Feb. 18, 2014), http://www.euractiv.com/sustainability/parliament-kicks-debate-legal-ri-news-533585.

[4] Reed Smith et al., Advocates for Int’l Dev., Right to Water, available at http://a4id.org/resource/right-water (“Early legally binding international conventions to explicitly document the right to water include the Convention on the Elimination of Discrimination Against Women, 1979 . . . and the Convention on the Rights of the Child, 1989 . . . .”).

[8] Parliament Kicks Off Debate on the Legal Right to Water, supra note 1.

[10] Parliament Kicks Off Debate on the Legal Right to Water, supra note 1.

[17] Parliament Kicks Off Debate on the Legal Right to Water, supra note 1.