Dear Governor Perry, the World Does Not Revolve Around Texas, Vol. 2 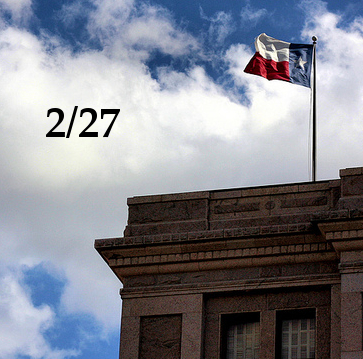 Dear Governor Perry, the World Does Not Revolve Around Texas

For a person who very proudly waves the pro-life movement banner,[1] Texas Governor Rick Perry seems to be a big fan of ending life. The pro-life movement is not just about abortion; it instead endeavors to protect all life, broadly defined as being “from conception to natural death.”[2] Ironically, Governor Perry—who received a Lifetime Achievement award from the Texas Right to Life organization[3]—has presided over a record-setting 262 executions since taking over the governorship in December 2000.[4]

The legal decision to end a life is often surrounded by questions of morality and veracity,[5] but another consideration, that of international relations, is injected into the calculus when the execution involves a foreign national. Mexican President Enrique Peña Nieto has criticized a recent Texan execution of one of Mexico’s citizens as a clear violation of international law, because the Texas judicial system failed to inform the foreign national of his U.N.-protected consular rights.[6] This execution, where Texas put Edgar Tamayo to death, is a U.S. violation of international law that could negatively affect U.S. nationals abroad. The distinct failure of the federal government to extend these international obligations imposes a burden on states to live up to treaty commitments; a burden that states can disregard at the expense of the safety of American citizens.

On January 23, 2014, Edgar Tamayo became the latest inmate executed in Texas.[7] In November 1994, a jury convicted Tamayo of killing Houston Police Officer Guy Gaddis, a twenty-four year old Desert Storm veteran.[8] Around 2:00 a.m. on January 1, 1994, William Volckers flagged Officer Gaddis to report that Tamayo and Jesus Mendoza had robbed him while they were all at a nightclub.[9] Tamayo and Mendoza were both still drinking at the club when Gaddis and other officers came to investigate, resulting in the arrest of Tamayo and Mendoza.[10] Following procedure, the police patted both suspects down and found Volckers’ watch in Tamayo’s pocket.[11] However, the search missed a gun that Tamayo had hidden in his waistline.[12] Both suspects were handcuffed with their hands behind their backs and put inside Gaddis’ car, with Tamayo sitting directly behind Gaddis.[13] On their way to the precinct, Tamayo was able to get the gun from his waistline, cock it, and shoot Gaddis.[14] Gaddis died on the way to the hospital with three gunshot wounds to the head.[15]

Undoubtedly, Tamayo’s actions are despicable and by Texas standards—barring his attorney’s claims that he was mentally impaired—legally deserved the death penalty.[16] Nevertheless, black-letter readings of criminal law are insufficient when violations of international law are at stake with possible repercussions for American foreign interests and for American citizens abroad.[17]

As a ratifying member of the United Nations Charter, [18] the United States is bound to abide by the decisions of the International Court of Justice (“ICJ”),[19] which is “the principal organ of the United Nations.”[20] ICJ decisions created the rights that Texas violated in pressing for Tamayo’s execution. The ICJ decided in the Case Concerning Avena and other Mexican Nationals that the U.S. had, under the Vienna Convention on Consular Relations, violated the rights of fifty-one Mexican nationals who had been convicted in U.S. courts.[21] Specifically, the U.S. violated Article 36 of the Vienna Convention, which requires the authorities of the detaining state to notify a detained foreign national of his right to request assistance from the consulate of his own state.[22] As a result of this violation, the ICJ ordered the U.S. to review and reconsider the convictions of these Mexican nationals.[23] But in the Tamayo case, Mexico claims that the U.S. never informed Tamayo of his consular rights — a procedural defect that renders his conviction a violation of the Vienna Convention, and without review and reconsideration, a violation of the ICJ’s decision.[24]

Historically, the U.S. has requested strict compliance to Article 36 of the Vienna Convention when U.S. nationals are detained abroad.[25] Prior cases indicate that representation by a consular-selected attorney leads to more favorable results at trial when compared to representation by a court-appointed lawyer.[26] As revealed by Tamayo’s case, though, this right has not been reciprocated to foreign nationals in the U.S. Compliance by state and local officials has been essentially nonexistent.[27] This problem arises because each state has complete discretion in choosing whether to comply with U.N. codes and ICJ decisions.

A History of Violations: The Medellin Decision

On June 29, 1993, Jose Ernesto Medellin, a Mexican national, was arrested in Houston for the murder of two women.[28] He informed the authorities that he was a Mexican national, and not a United States citizen, but the police never informed him of his consular rights.[29] A criminal court sentenced him to death on October 11, 1994. Mexico did not learn about his conviction until April 29, 1997, when Medellin wrote a letter to Mexico from death row.[30] While Medellin was awaiting execution, the ICJ decided Avena, ostensibly setting up an obligation to review his conviction. However, the Fifth Circuit Court intervened, ruling that the ICJ’s decision was not binding on the state courts.[31]

On February 28, 2005, President Bush, hoping to comply with the ICJ decision, signed a written determination that states needed to review and reconsider the convictions of foreign nationals who had not been informed of their consular rights.[32] However, in Medellin v. Texas the Supreme Court decided that the ICJ’s decision was not domestic law, and thus not enforceable.[33] Furthermore, the Court held that the President lacks the power to enforce international treaties or decisions by an international court absent some Congressional legislative act.[34] Therefore, compliance with U.N. articles and ICJ decisions rests entirely on the states.

Conflicted Outcomes: Differences Between States and the Federal Government

Before Tamayo’s execution, Secretary of State John Kerry asked Texas Attorney General Greg Abbott to stay the execution due to fears that American citizens in foreign jails could receive unfavorable treatment.[35] Lucy Nashed, spokeswoman for Governor Perry, responded that “[i]t doesn’t matter where you’re from, if you commit a despicable crime like this in Texas, you are subject to our laws, including a fair trial by jury and the ultimate penalty.”[36] In contrast to Texan gunslinging, other governors have considered the diplomatic impact of state-level violations of international law. For example, in 2003, Mexican national Osbaldo Torres Aguilera was a death row inmate in Oklahoma, the state with the most executions per capita at that time.[37] After the Avena decision, Governor Brad Henry commuted the death sentence to life imprisonment in order to comply with the U.S.’s international agreements.[38] Arkansas followed shortly after with another Mexican national, Rafael Camargo, and had his death sentence reduced to life imprisonment in light of the Avena decision.[39] The Massachusetts Supreme Judicial Court also has taken steps to conform with international law and U.S. diplomatic goals by undertaking reviews of several court decisions of foreign nationals who were not made aware of their consular rights, thus complying with the ICJ’s decision in Avena.[40]

Congress needs to pass legislation to ensure full compliance with international obligations.[41] Recent Congressional deadlock[42] suggests that legislation to enforce compliance with the Vienna Convention is unlikely to come soon. In the meantime, compliance will depend entirely on the individual efforts of state governors. A sustained failure to comply with these critical U.N. articles risks unjust and retaliatory treatment of U.S. nationals abroad. The burden of meeting international obligations is not excessive, either. Retroactive compliance requires only review of the judgment with counsel appointed by the foreign government to defend their national; it does not mean an automatic retrial or the need to vacate the judgment.[43] The federal government’s impasse has imposed a unique burden on state governors, who now have the opportunity, and perhaps the obligation, to consider the international impact of their states’ actions.