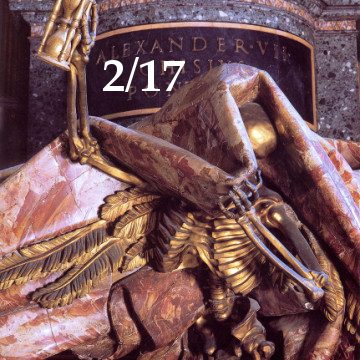 It is a sign of intelligence and integrity not to confuse the wrongness of one’s acts with the wrongness of one’s beliefs. To impute the Catholic hierarchy’s failure to deal adequately with the sexual predators among its ranks to the Catholic faith itself would thus not be entirely fair. Everyone agrees that enabling child abuse is generally not the brightest idea. The U.N. Committee on the Rights of the Child’s recent report condemning the Holy See’s contemptible handling of clerical predators is the assessment’s least controversial point. More contentious are the report’s wide-ranging critiques — critiques that seem to condemn some elements of the Catholic faith itself, critiques that signal that religious freedom is not a sacrosanct right.

The Committee’s concluding remarks in its Holy See review, released last month,[1] could launch a thousand scholarly inquiries. For one: was the Committee right to consider the Holy See the rightful authority over a worldwide, extra-territorial disgrace? Would the respective states in which the abuse took place be more appropriate targets for the blame? The report’s most interesting turn, however, comes when the Committee’s critique leaves the world of deeds and enters the world of doctrine. As if the global, systematic cover-up of abuse suggested in the report wasn’t quite damning enough,[2] the Committee urged the Church to change her conservative views on abortion, homosexuals, and contraceptives, claiming that those conservative views were inimical to children’s rights.[3]

The Vatican’s response was, in a bit more than so many words, “fat chance.”[4] Granted, the Committee’s recommendations are not binding, and there is also no consensus to support the Committee’s “aggressive” interpretation of the Convention on the Rights of the Child (“CRC”).[5] Yet the procedural and interpretive quibbles of this discussion obscure what may well become a cardinal issue in international law: must the modern liberal rights paradigm accommodate the quirks of an ancient institution?

The argument for accommodation is relatively straightforward, and the Vatican issued it almost instinctually.[6] The Committee’s ambitious remarks are, at the day’s end, an attempt to interfere with Catholic doctrine. So long as religious freedom remains an indispensable child (not to mention human) right,[7] the hypocrisy of the Committee seems apparent.

But, as it happens, the case is not so clear. As an initial matter, the non-binding nature of the Committee’s recommendations makes this different from the average case of religious persecution. The Holy See is also not a simple religious organization. It instead exists as a sovereign entity, and it has been so since it was recognized (perhaps regrettably) by the Fascist totalitarian Benito Mussolini.[8] A permanent observer state of the United Nations,[9] the Vatican is legally bound to comply with the terms of the CRC.[10] So one would not be unjustified to find the “religious freedom” defense not wholly satisfactory.

For a similar example, consider Iran: it is not a religious institution à la the Catholic Church, but it is purportedly and proudly an “Islamic Republic.” Its laws are grounded in the divinely inspired recitations of a seventh century prophet, and its Supreme Leader is a Shi’a cleric. Among its many proud traditions, the Iranian regime considers it a fitting punishment to execute ex-Muslims[11]—a mandate grounded in the Qur’an.[12] But when Western liberals criticize such barbarism,[13] the doctrinal interference defense does not seem to hold much water. Between the right of Iran to determine its religious practices, and the right of Iranians not to be killed so pettily, it is clear with whom the sympathies of the modern rights paradigm lie.

Granted, this analogy is not perfect. The unpleasant nature of some Catholic teaching is neither comparable to, nor repugnant as Iran’s capital punishment for thoughtcrime. And while the Church has enjoyed some great success in imposing its vision on others,[14] there is a world of difference between moral indoctrination and violent coercion by a state. Moreover, the Committee’s interests in promoting access to contraception and in combating sexual discrimination hardly approach the level of fundamentality that the rights to life and to belief can boast.

Still, there remains the general sense that the mere invocation of a state’s religious concerns does not end the discussion of rights. Instead of a totalizing commitment to religious freedom above all else, the reality hints at a more ad hoc balancing of religious freedoms against other, potentially more fundamental, rights. If this analysis can yield a broader lesson, it would be that there is nothing necessarily illiberal about meddling in a state’s religion.

What then are we to ultimately make of the Committee’s report? The Holy See may find refuge in the recommendations’ lack of teeth, or perhaps in the lack of consensus surrounding the Committee’s rather ambitious interpretation of the CRC. The chief virtue of the report itself might thus not be its impact on the future policy of the Holy See, but to reaffirm, and to make manifest, this axiomatic principle: though some entity may present its laws as beyond mortal scrutiny, one is not compelled to buy that, or to sacrifice modern rights to accommodate it.