Religion and Relativity in Iran, Vol. 1 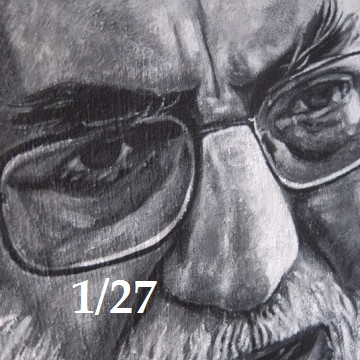 Religion and Relativity in Iran

On Valentine’s Day of 1989, the first Supreme Leader of Iran, Ruhollah Khomeini, became perhaps the world’s surliest book critic by condemning British author Salman Rushdie to death.[1] Rushdie was charged with blasphemy for his less-than-flattering portrait of the Prophet Muhammad in The Satanic Verses.[2] Rushdie lived, but the violence and death that came to those involved in the novel’s publication gave “hatchet job” a whole new meaning.[3] Since Ruhollah Khomeini’s reign, his successor Ayatollah Ali Khamenei has had a more forgiving taste in Western literature.[4] More importantly, while his predecessor’s reign was marked by a titanic scorn for the West, Khamenei’s contempt has been more subdued.

One example of this is the more accommodating policy approach of Iran’s new president, Hassan Rouhani, who has been touted (if reluctantly) as a sort of undeveloped Gorbachev.[5] Indeed, Rouhani’s more progressive attitude has shown through in his attempts to negotiate with the West over Iran’s nuclear program. More recently, in a move that is almost Glasnostian, the new president has also announced a Charter of Citizens’ Rights (the Charter).[6] The goal of the Charter, the first draft of which was released exclusively in Persian last November, is to “draw[] a clear image of the rights of citizens” in Iran.[7]

But is the Charter a meaningful step forward for human rights in Iran? Maybe not. As an initial matter, the document proclaims its own toothlessness. It is not an expansion of existing rights; nor does it create, under existing law, any new rights[8]—as one hopes to see, for instance, in the Saudi Arabian move to let women finally drive.[9] Instead, the Charter’s primary virtue is to clarify the government’s position vis-à-vis its already impoverished rights regime.

Turning to the meat of its provisions, the Charter arguably has a number of additional deficiencies. For example, while Article 3.92 of the Charter prohibits torture, it does not provide any description of what types of torturous activities are forbidden.[10] Moreover, the Charter’s prohibition only extends to torture “for the purpose of extracting confession or acquiring information.”[11] This means torture for other purposes may be tolerable. The death penalty provides another illustrative sample: the Charter does not forbid the execution of persons who were under the age of eighteen when they committed their crimes.[12] Thus, even putting aside its toothlessness, the Charter appears to fall short even on its own terms.

But perhaps the Charter’s most glaring blemish of all, at least to Western eyes, is its subtle refusal to proffer anything cognizable as a freedom of religious expression. Like the Iranian Constitution, the draft Charter pays lip service to the varieties of religious experience, as expressed in a plurality of mazaheb.[13] Language here is critical. Mazhab, or in Arabic madhhab, refers to a school of Islamic thought. Iranians enjoy the latitude to choose freely among these schools. However, a question naturally arises: what of non-Islamic schools or even non-religious schools? Likewise, under Article 3.117 the Charter declares that Iranians are free to organize and attend religious ceremonies.[14] However, this right only extends to those religions recognized in the Iranian Constitution.[15] The Constitution, in turn, acknowledges Zoroastrianism, Judaism and Christianity[16] but conspicuously excludes Iran’s largest religious minority, the Baha’i. [17]

What the Charter does protect is a limited scope of religious freedoms, conditioned on compliance with the law of the land.[18] However, considering the inherent strictures built into that law, one wonders whether Iran enjoys a religious freedom worthy of the name. The fatwa on Rushdie’s life, for example, remains firmly in place.[19] There, Mr. Rushdie’s thoughtcrime was not religious, but literary, and showed the ruthlessness of a regime that privileges Shari’a over free expression. Worse still, Iran still counts itself among the handful of countries that enforce, under penalty of death, the Qur’anic prohibition on apostasy from Islam.[20] This is particularly troubling from a religious liberty perspective because of Iran’s prevailing clerical inkling that the entire Baha’i religion is one collective apostasy.[21]

Having analyzed the Charter’s toothless implementing mechanism and some of its substantive provisions, it appears the Iranian government’s rhetoric that it respects its citizens’ rights is, at best, empty posturing. More cynically, one might say that the Charter obscures what a “right” even means in the religious context. So while the president insists that the Charter ought to be a point of Iranian pride,[22] the Charter still falls short of any legitimate attempt to repair the cultural and normative gap announced so venomously by the first Ayatollah.

One should keep in mind that the Western conception of religious freedom, as cherished in America, did not emerge ex nihilo. It is premised on the principle of voluntariness, which was itself a distinctively religious notion—“forced worship stinks in God’s nostrils”[23]—immortalized in Locke’s Letter Concerning Toleration.[24] We have inherited, of course, a more secularized version, but our latitudinarianism springs from a tradition that takes individual conscience almost too seriously. This is why the Iranian spin on religious liberty seems altogether alien.

With this in mind, it may seem unrealistic or even unfair to impose onto Iran a normative heritage it does not share. However, as a purely normative matter, a belief in human rights must entail some sense of universality, cultural difference notwithstanding. Otherwise, one risks enabling a solipsistic culture ruled by clerical decree. More importantly, Iran is a party to the Universal Declaration of Human Rights (UDHR), which protects not just freedom of thought and religion, but also the right to leave one’s faith.[25] By any sensible standard, Iran’s flimsy rights regime stands in violation of its international obligations under the UDHR.[26] Thus, whether Iran likes it or not,[27] the country’s leaders should afford religious minorities greater protection. Where individual conscience and human lives are at stake, it is not simply a matter of taste.

[2]  See Salman Rushdie, The Satanic Verses 93–129 (1988) (depicting “Mahound” as a flawed and desperate businessman in the dream sequence of a madman).

[4] He has gone on record to confess a fondness for Hugo and Balzac. See Akbar Ganji, Who Is Ali Khameini?, Foreign Affairs (Jan. 26, 2014), http://www.foreignaffairs.com/articles/139643/akbar-ganji/who-is-ali-khamenei.

[8] See Draft Charter of Citizens’ Rights, art. 1.1, Nov. 26, 2013 (Iran), available at http://president.ir/att/shahrvandi.pdf. [hereinafter Charter]. See also Nazila Ghanea, The Iranian Charter of Citizens’ Rights, EJIL: Talk! (Dec. 10, 2013), http://www.ejiltalk.org/the-iranian-charter-of-citizens-rights/ (“The Charter itself announces that it will not have an effect on existing rights, laws and obligations or on international conventions.”).

[13] See Charter, supra note 8, art. 3.21; see also Constitution of Iran, 1979, art. 12 (“Other Islamic schools, including the Hanafi, Shafi’i, Maliki, Hanbali, and Zaydi, are to be accorded full respect, and their followers are free to act in accordance with their own jurisprudence in performing their

[16] Constitution of Iran, 1979, art. 13 (“Zoroastrian, Jewish, and Christian Iranians are the only recognized religious minorities, who, within the limits of the law, are free to perform their religious rites and ceremonies, and to act according to their own canon in matters of personal affairs and religious education.”).

[23] Patricia U. Bonomi, Under the Cope of Heaven: Religion, Society, and Politics in Colonial America 35 (1986) (quoting Roger Williams).

[26] Of course, being just a U.N. declaration, the UDHR was not originally binding. However, since its adoption, many parts of it have become customary international law. See Tai-Heng Cheng, The Universal Declaration of Human Rights at Sixty: Is It Still Right for the United States?, 41 Cornell Int’l L.J. 251, 270 (2008).

[27] The head of Iran’s judiciary has implied that it does not. See The Head of Iran’s Judiciary: The Universal Declaration Mistakenly Joined, BBC News (Feb. 2, 2012), http://www.bbc.co.uk/persian/iran/2012/02/120202_l23_sadeq_larijani_iran_un_human_rights.shtml. In opposition to the liberal democratic paradigm enshrined in the UDHR, Iran has adopted also the Shari’a-friendly Cairo Declaration on Human Rights in Islam See Eva Brems, Islamic Declarations of Human Rights in Human Rights: Universality and Diversity 241–84 (2001).