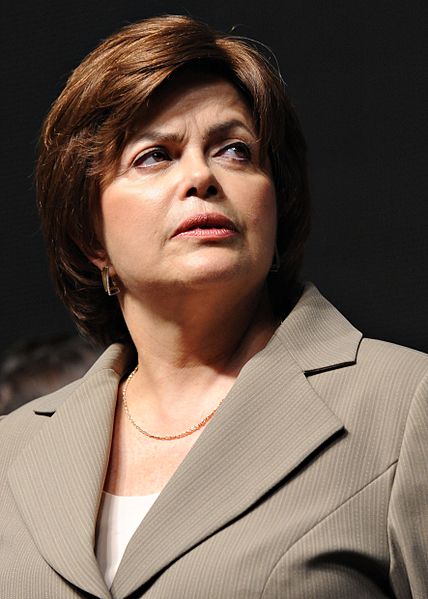 Begging for a meeting is hardly presidential, but this is exactly what Barack Obama had to do when Brazilian President Dilma Rouseff snubbed a White House invitation to discuss bilateral trade agreements last month.[1] Rouseff’s rebuff was the result of Edward Snowden’s recent leaks.[2] Citing Snowden’s information, recent media reports have alleged that the U.S. National Security Agency (NSA) has been listening in on conversations and reading emails that belong to Rouseff, her advisers, and executives of the giant oil company Petrobras.[3] At a recent United Nations General Assembly meeting, Rouseff responded by publicly accusing the U.S. of violating international law.[4]

Of course, in light of recent revelations that Brazil has also been spying on the U.S.,[5] Rouseff’s statement may be a bit hypocritical. However, the recent Brazilian controversy nonetheless presents an important question: Are past—and presumably ongoing—U.S. espionage activities a violation of international law? Rouseff has claimed that U.S. spying is a violation of Brazil’s sovereignty, as well as its citizens’ human rights and civil liberties.[6] However, she has not specifically mentioned which source of international law is violated by U.S. actions. Rouseff could be relying on codified international law. Alternatively, she may be basing her argument on the premise that peacetime spying is a violation of customary international law. The purpose of this article is to explore whether U.S. intelligence gathering violates these sources of international law and whether—as the U.S. has argued—national security may provide a justification for the NSA’s activities.

Are the United States’ intelligence activities a violation of codified international law? Probably not. While international law addresses wartime spying with “unique, clear and consistent rules,” it has largely failed to address peacetime intelligence gathering.[7] Very few—if any—countries have signed international treaties or conventions on intelligence activities.[8] While the Vienna Convention on Diplomatic Relations explicitly protects communications to and from diplomatic missions, [9] the Convention says nothing about the communications of a country’s citizens or leaders within their own country.[10]  Instead, spying on a peaceful country has historically been seen as a domestic issue, regulated by the statutes of the place where the offense occurred.[11] Therefore, the lack of a treaty between the U.S. and Brazil on intelligence-gathering activities means that the U.S.—though guilty of an unfriendly act—has not violated any codified international law.

Turning to customary international law, Rouseff’s assertion doesn’t fare any better. Since custom enjoys a privileged status in international law—one that may be more central than treaties—it leads to the creation of norms that define acceptable actions.[12] Custom in international law is generally defined as “a certain state of fact considered to be law,” or “a general practice accepted as law.”[13] This state of fact must result from a repetition of the practice which, in turn, is a result of its effectiveness.[14] While international agreements do not endorse espionage, countries have historically accepted the notion that others are eavesdropping on them, just like they are eavesdropping on others.[15] Further, intelligence gathering is effective and functionally important because it allows countries to make more informed decisions, which in turn create better foreign and economic policy decisions.[16] As a result, this functional approach to intelligence gathering has led to the implied acceptance and, through custom, the legalization of peacetime espionage.[17]

Interestingly, the U.S. has yet to use either of these justifications in response to Brazil’s criticism. Instead, the U.S. has argued that any spying that was done was justified on national security grounds—the U.S.’s catchall explanation—because spying can detect possible terrorist activities.[18]

Self-defense, a well-recognized principle of international law, lies at the foundation of the U.S. argument.[19] The U.N. Charter gives countries the “inherent right” of self-defense when an armed attack occurs.[20] However, the international norms that underlie the Charter are much broader. Both scholars and countries alike have interpreted self-defense as justifying any means necessary to protect national security, including action to prevent attacks.[21] Under this rationale, states need to be able to predict when an armed attack is about to occur and must know how to prepare for that attack.[22] Adequate preparation, which is part of the right of self-defense, would be impossible without knowledge of the looming threat.[23] And knowledge, in turn, is dependent on intelligence gathering before the threat occurs.[24] Because the information gathered is used for defensive, rather than offensive purposes, the act of collecting that information is legitimized.[25]

Of course, the national security angle is not without its pitfalls. Brazil has countered the U.S. argument by noting that there is no evidence of terrorists within its borders and by explicitly stating that Brazilians “reject, fight and do not harbor terrorist groups.”[26] Brazil’s statement highlights an important point: without a limiting principal—e.g. evidence of terrorist activity—the U.S. (or any other country) could justify egregious acts of international espionage by merely asserting national security concerns.

This pitfall is particularly relevant in the present context, where the U.S. has a strong economic interest in Brazilian oil.[27] While an imminent attack may be a valid justification for international snooping, gathering information to maintain an economic edge certainly is not. Thus, the United States’ national security argument likely doesn’t carry as much weight where—as here—it is accused of spying on economic actors, like Brazil’s Petrobras.

[27] For example, the recent discoveries of oil reserves in Brazil will provide the U.S. market with a substantial supply of oil and could present American oil companies with highly profitable business opportunities through joint enterprises with Petrobras. Christopher Helman, Of Course the NSA Should Be Spying on Petrobras, Forbes (Sept. 9, 2013 10:04 PM), http://www.forbes.com/sites/christopherhelman/2013/09/09/of-course-the-nsa-should-be-spying-on-petrobras/. Also, the U.S. has lent $2 billion to Petrobras in an effort to promote the Brazilian and American economies. See Facts About Ex-Im Bank Loans To Support Petrobras, Export-Import Bank of the U.S. (2012), http://www.exim.gov/newsandevents/Facts-About-Ex-Im-Bank-Loans-To-Support-Petrobras.cfm.