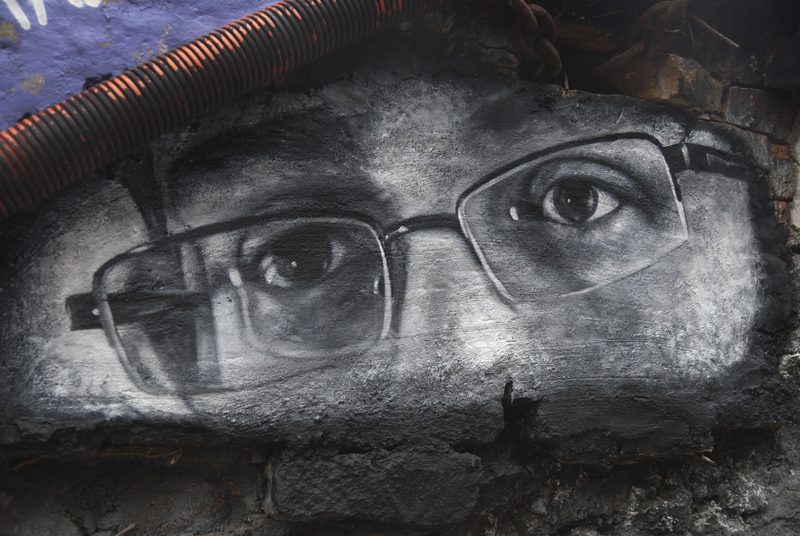 Earlier this year, Edward Snowden, a contractor for the National Security Agency (NSA), leaked classified information related to a surveillance program under which the U.S. was spying on both foreign and domestic citizens.[1] After working for the NSA for several months, Snowden could not allow the “U.S. government to destroy privacy, internet freedom and basic liberties for people around the world with this massive surveillance machine they’re secretly building.”[2] Once he copied the necessary information, Snowden left his home in Hawaii and headed for Hong Kong without informing anyone—including his family and girlfriend.[3] From Hong Kong, Snowden departed for Moscow with the intent of seeking asylum.[4] In response to Snowden’s request, Moscow granted him one-year temporary asylum. Russian Federation President Vladimir Putin claimed that Russia had no option but to allow Mr. Snowden to stay because the U.S. had refused to sign an extradition treaty with Russia.[5]

On legal grounds, this statement is untrue since Russia always had the option of denying Snowden asylum and turning him over to American authorities. Further, based on Putin’s subsequent comments, it is unlikely that Russia’s actions were dictated by Snowden’s principals of liberty.[6] Thus, Russia must have had some other motive for retaining Snowden. One possible motive is Russia’s desire to establish an extradition treaty with the U.S. Another is that Russia is using Snowden as a political pawn which it may sacrifice in the future. This article explores these two motives and the legal background for them.

Russia Was Not Obligated in Either Direction

Generally, in order for the U.S. to request that a criminal be extradited from a foreign country, two prerequisites must be met: (1) the U.S. has an extradition treaty with that country; and (2) the fugitive has been formally charged with a crime.[7] Although the U.S. has extradition treaties with over 100 other countries, the Russian Federation is not one of them.[8] Thus, as the Russian Foreign Ministry’s Konstantin Dolgov has pointed out, Moscow was under no legal obligation to hand over Snowden.[9]

However, the lack of a formal extradition treaty does not mean Russia had to grant asylum. U.S. officials requested that Russia deny asylum and turn over Snowden, contending that they have returned multiple fugitives that Russia has requested in the past and, therefore, Russia should do the same.[10] However, even at the risk of damaging U.S. relations, Russia shirked U.S. requests and granted asylum to Snowden.

Snowden as a Means to an Extradition Treaty

Putin[11] and the Foreign Ministry’s statements suggest that Russia could be using Snowden as leverage for the adoption of an extradition treaty. Recent history supports this theory. In 2009, Russia urged the U.S. to sign a bilateral extradition agreement.[12] Moreover, in 2012 Russia revisited this proposal and suggested, at the very least, joining existing international conventions.[13] However, both these efforts failed.

However, this explanation is not without faults. Even if the United States did have an extradition agreement with Russia, it would likely contain a political crimes exception, [14] and such exceptions arguably include acts like those committed by Snowden.[15] Further, Russia itself would be able to determine whether his acts fall within the scope of the exception. Thus, if a typical extradition treaty was adopted, Russia likely would still have the option of retaining Snowden.

Of course, the U.S. and Russia could always adopt a typical extradition treaty, and Russia could hand over Snowden before (or in spite of) the implementation of the treaty’s political crimes provision. This approach—which would throw Snowden under the bus—would give both parties what they want.

Snowden as a Political Pawn

Another possible motive is that Putin is using Snowden as a pawn, allowing him to stay in Russia on a year-to-year renewal basis until Snowden’s benefit outweighs his liability to U.S.-Russian relations, or Washington offers some type of deal for turning him over.[16] Snowden’s current arrangement seems to support this hypothesis because he lacks legal grounds for any permanent stay in the country. While Snowden may intend to stay in Russia as long as possible and assimilate into Russian culture,[17] Russia’s laws on asylum tend to tell a different story.

Russia has three options for asylum: political asylum, refugee status, and temporary asylum.[18] The option for political asylum—the only permanent option—is likely precluded by provision 5 of the Russian government’s resolution, which states that political asylum will not be granted to those who come from a country with established democratic institutions in the protection of human rights.[19] Under Russia’s Law on Refugees, refugee status lasts up to three years, but is reviewed every year.[20] The law states, “temporary refugee [status] may be granted to a foreign national . . . if they . . . have no [other] grounds for . . . recognition as [a] refugee[] due to the circumstances under the Federal Law, but cannot be deported beyond the territory of the Russian Federation [for] humane motives.”[21] According to Radio Free Europe, Snowden applied for temporary asylum.[22] This application likely means that, under Russian law, he does not meet the requirements for refugee status. Thus, it appears that Snowden is stuck with a one-year asylum arrangement with the Kremlin, something that makes him an easy chip to trade should Russia need to.

While Russia’s official explanation for granting asylum doesn’t hold water, other explanations fair better. Russia may be using Snowden as leverage for adopting an extradition treating, or it may be using Snowden as a pawn for another scheme down the road. In either case, the Russian Federation’s actions probably weren’t motivated by Snowden’s conceptions of privacy and liberty and certainly weren’t mandated under international or Russian law.

[6] Id. (“[They said to Putin,] ‘He fights [for] human rights, freedom of information, [and] against violation of U.S. and international legislation’. [Putin said]: ‘So what? If he wants to stay in our country he is welcome, but in such case he must stop all activity that could undermine Russian-American relations . . .’”).

[11] Russia’s Only Choice is to Permit Snowden to Live Here: All Eyes on Snowden, RT (Sept. 5, 2013), http://rt.com/news/putin-interview-ap-channel1-431/ (quoting Putin as saying “So what we were supposed to do now? Send him back? Then let’s draw up an extradition treaty, and you’ll give us our criminals. If you don’t want to, fine. But why do you demand his extradition on a unilateral basis?”).

[15] See Vincent Defabo, Terrorist or Revolutionary: The Development of the Political Offender Exception and Its Effects on Defining Terrorism in International Law, 2 Am. U. Nat’l Security L. Brief, 69, 76–77 (2012), available at http://digitalcommons.wcl.american.edu/cgi/viewcontent.cgi?article=1037&context=nslb.