A Giant Falls: Pemex Must Partner Up, Vol. 1 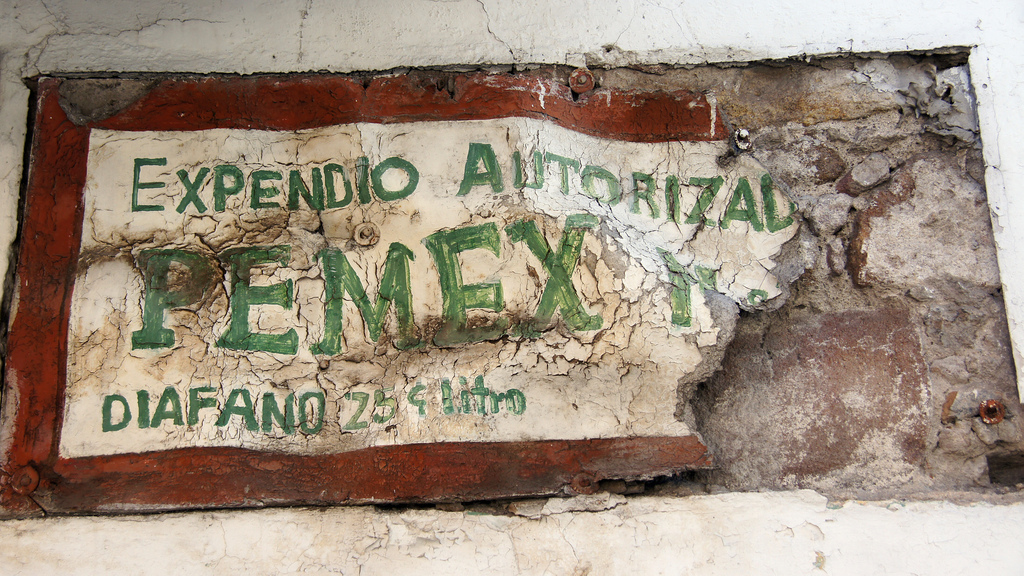 A Giant Falls: Pemex Must Partner Up for the Benefit of Mexicans

Mexico needs oil reform. At current levels of production, the country will become a net oil importer by the end of this decade. However, state-owned Petróleos Mexicanos (“Pemex”) lacks the financial and technical resources to shift from exploiting easily accessible oil fields to deeper reserves, something that will be necessary to increase production. In an effort to resolve the energy crisis, the country’s three main political parties have proposed different solutions to the energy problem.

One of the proudest moments in Mexican history was the Mexican Expropriation of Foreign Oil.[1] On March 18, 1938, President Lázaro Cárdenas ordered the expropriation of the assets of nearly all the foreign oil companies in Mexico.[2] After this declaration followed the creation of Pemex, a state-owned enterprise that has a monopoly over the oil industry. Article 27 of the 1917 Mexican Constitution fully protects Pemex by reserving for the state all rights of crude oil extraction and production.[3]

State ownership of oil is a huge part of the Mexican national identity, paralleling gun ownership’s imprint on the American identity, and conceptions about both are hard to change.[4] Economic realities further complicate efforts to alter the state’s control, as oil accounts for approximately 10% of the Mexican Gross Domestic Product and for about 37% of Mexican fiscal resources.[5] Thus, any reform efforts must tread carefully to avoid both fiscal problems and political sensitivities.

Mexico’s three main political parties have argued for their own distinct energy reform plans. Different types of contractual relationships with investors distinguish the plans from each other.[6]

The Partido de la Revolución Democrática (“PRD”) favors twelve legislative enactments instead of a constitutional amendment, thus protecting Pemex’s monopoly over oil extraction.[7] PRD’s approach empowers Pemex by taking managerial control of the company away from the state and giving Pemex full autonomy over its budget and management decisions.[8] Additionally, the plan proposes lowering the company’s tax burden by more than 9% to free up resources for reinvestment in technology and human capital.[9] The goal is for Pemex to develop the technology and expertise necessary for deep-water exploration from within the company.[10]

The Partido Acción Nacional (“PAN”) plan seeks to amend Articles 25, 27, and 28 of the Mexican Constitution[11] to allow for contractual arrangements between the state and foreign investors in the form of concessions of areas for exploration.[12] The plan would also establish Pemex as an autonomous, profit-maximizing entity that would compete with foreign firms for concessions from the state.[13] Under this plan, the  state would own title to petroleum reserves and the National Hydrocarbon Commission, an independent agency created under the plan, would seek to maximize profits for the  state by granting concessions and permits for production and exploration of oil to the highest bidders.[14] Similarly, the Energy Regulatory Commission, another independent agency created under the plan, would have the same mandate but in the areas of refining, storage, transportation, and distribution.[15]

PRI’s plan seeks to amend Articles 27 and 28 of the Constitution while continuing to embrace the principles that led to the initial nationalization of petroleum resources. Under the plan, the state would retain ownership of all hydrocarbon resources, but it would be allowed to enter into contractual arrangements with private parties. Contractual arrangements would be allowed for profit sharing but not production sharing, and all other areas—like refining, storage, transportation and distribution—would be open for private investment under concessions.[16] The plan would also lower the tax burden on Pemex to allow for reinvestment.[17]

IV.   THE PRI PLAN IS THE BEST CHOICE

PRI’s plan is the most likely to succeed because it accommodates Mexican attitudes about national ownership, and because PRI has the support of key stakeholders. PRI’s plan makes it clear that the oil will still be 100% public and 100% Mexican,[18] allaying any fears that reforms will erode public and national control of oil. Further, PRI has a great relationship with the Pemex Union, whose head is also a PRI senator.[19] Since the PAN plan seeks to dissolve the Pemex Union, PRI can rely on the Union’s support, [20] something that will be crucial to any successful reform strategy.

Additionally, PRI’s approach builds on a track record of success in that it mirrors a similar—and successful—plan that Brazil previously implemented. Faced with similar problems, Brazil created a hybrid public-private company to spur continued investment in oil while maintaining national control.[21] Under this contractual arrangement, the state retained ownership of the product and majority ownership of the companies, and oversaw the industry through independent regulatory agencies.[22] Following the Brazilian model, Mexico’s reform should attract foreign investment—allowing it to access deeper reserves—because the structure is one the international oil industry is familiar with.

Lastly, opposition to PRI’s plan on fiscal grounds is unwarranted. PRD feels that Pemex’s problems can be fixed from within through reinvestment[23] and opposes PRI’s plan because it fears reform will lead to budget shortfalls that will affect the funding of social welfare programs.[24] However, PRD has failed to argue how its plan would circumvent this problem, since it also wants to lower Pemex’s tax burden.[25] By contrast, the PRI’s plan would raise taxes on high earners and levy a capital gains tax.[26] Thus, even if fiscal issues are a concern, PRI’s plan does the best of addressing them.

Despite the preceding arguments in its favor, PRI’s plan is not without challenges. Article 27 of the Mexican Constitution states that “[i]n the case of petroleum, and solid, liquid, or gaseous hydrocarbons no concessions or contracts will be granted nor may those that have been granted continue, and the Nation shall carry out the exploitation of these products, in accordance with the provisions indicated in the respective regulatory law.”[27] To amend the Constitution, Article 135 requires that “the Congress of the Union, by a vote of two thirds of the individuals present, agree to the amendment or additions and that they may be approved by a majority of the legislatures of the States.”[28] Thus, implementing the plan won’t be easy.

Fortunately, PRI’s amendment seems obtainable because both PAN and PRI, who control the requisite majorities in the houses, realize the importance of energy reform and are willing to collaborate to achieve it.[29] Additionally, the PRI should be able to gather the support of its long-time ally, the Green Party, giving it a supporting base of more than 70% in both chambers.[30]

Mexico needs energy reform, and PRI’s plan is currently the best option available. This plan will prove attractive to foreign investment because it allows for profit and risk sharing with the potential for large returns on investment. Additionally, keeping ownership of oil in the state’s hands placates the public’s fear of foreign exploitation.

Citation: Oscar Lopez, A Giant Falls: Pemex Must Partner up for the Benefit of Mexicans, 1 Cornell Int’l L.J. Online 22 (2013).

[24] See Stephanie McCrummen, Mexican president proposes historic changes to state-owned Pemex oil monopoly, The Washington Post (Aug. 12, 2013), available at http://articles.washingtonpost.com/2013-08-12/world/41320637_1_pemex-foreign-oil-firms-petrobras (“We know there is a long line of investors waiting for these reforms . . . but we need this money for hospitals, for schools.”).