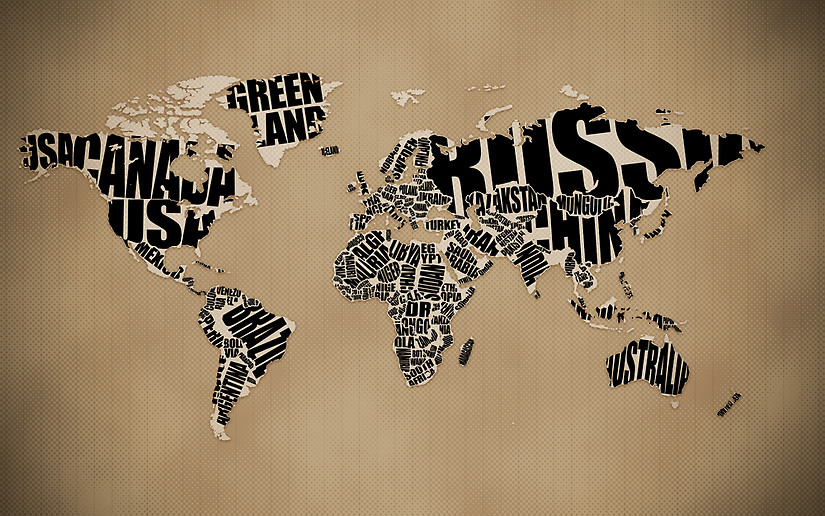 The modern global stage is not limited to solitary state voices, but is instead brimming with players – governments, transnational institutions, NGOs, and individuals all voicing their own norms and policies. Against this backdrop of fluid decentralization and competing interests steps “new governance,” a collaborative institutional model in which individual citizens are active, problem-solving participants in what were traditionally state activities.[1] In interpreting this model, some new governance scholars have recently argued for the use of negotiation principles to help define what these citizens look like and how they should behave in order to maximally participate in governance.[2] In this essay, I look at the concept of new governance negotiation and question whether the input of experts in this institutional model mucks up the entire process. I conclude by offering a possible starting point for a solution in the event that expert rule does truly pose a threat to new governance negotiation.

I.  New Governance: Building the Framework

Broadly understood, new governance[3] envisions decentralized, expansive interaction among diverse and cooperative networks and associations, composed of both public and private actors. [4] An example of this would be the global trend of government deregulation and privatization of state enterprises over the past two decades. This dispersal of interests prompts “provisional and incomplete” legislative frameworks, within which participants are “expected to revise their mandates in the course of implementing them.” Meanwhile, state sovereigns “set frameworks that describe vague goals and invite elaboration.”[5] Through the creation of fair process, “various actors . . . [can] collectively imagine, implement, monitor, and revise policy.”[6] The emphasis is regulatory in nature, framing issues in the language of “negotiated relationships” rather than hierarchical dominance.[7] This global picture is one of interdependence and citizens’ corresponding recognition that collective reasoning and action can actually advance their individual interests.[8]

In Negotiation, Meet New Governance, Amy Cohen lays out the basics of negotiation, as explained in The Negotiator’s Fieldbook.[9] While new governance focuses on macro composition, negotiation considers the skills needed to produce cooperative interactions on a micro level by affecting negotiators’ modes of acting and knowing. Those trained in negotiation are likely familiar with the cooperation-building thesis that negotiators ought to reduce their overarching arguments into what I will call fractional components.[10] Specifically, negotiators identify their underlying interests that motivate their originally voiced end-goal in order to create opportunities for mutual understanding and compromise.

When considered together, new governance and negotiation literature complement each other in a critical way: new governance prescribes the framework where cooperation can take place, while negotiation literature instructs participants in that framework how they should negotiate. In order to participate in this system, one should not only be able to empathetically engage with others at their points of interests, but also understand the dynamic, interaction-driven nature of her own interests. This is not simply a reconceptualization of negotiation; this is a reconceptualization of the self. If participants can search for cooperative, mutually beneficial solutions among diverse viewpoints—assuming there is some possibility of such an outcome­­­­—they can begin operating in an “original position” of interests, rather than a competitive, zero-sum position.[11] By changing how individuals operate, negotiate, and visualize their immediate and future interests, new governance negotiation shifts the perspective from a fixed-pie division of want satisfaction to a dynamic pie of fractional interest, reflecting cooperation in an interdependent global system.

IV.  When Experts Take the Stage

I start with the proposition that, in a fundamental sense, experts rule the world;[12] the world is governed, but if we look only at the decisions that are made by those visibly in power, we miss a large part of the actual decision-making process. By the time the foreground negotiators and political leadership make a decision, there will have already been a variety of experts making decisions, communicating with one another, and interpreting norms in the background.[13] These experts will have wielded unique professional vocabularies and issue-framing expertise to normatively argue towards a preferred outcome based on their professional vision of the specific issue.[14] In some instances, then, when the time finally comes for the foreground negotiator to distill the myriad of expert inputs into her decision, her end “decision” may be little more than a mask over previously decided outcomes.[15]

Despite this lack of transparency, a degree of expert influence seems beneficial. First, experts can provide deliberative legitimacy by fostering learning and scientific consensus.[16] Second, while recognizing the dynamic nature of facts in much of international decision making, experts can still provide invaluable explanation and interpretation of any existent facts.[17] Third, they can frame the actual issues of dispute by presenting the objective facts underlying separate (but, not necessarily incompatible) claims by diverse actors. Such issue framing may be necessary in order for negotiators to recognize opportunities for mutual compromise without their own subjective interests distorting their perspective.

However, this fact presentation and issue framing effect may actually undermine new governance when combined with fractional negotiation. Regarding fact presentation, there is the risk that experts who rule (and, to an extent, define) the world of objectivity build their own biases and hegemonic reflections into their presentations of the facts.[18] This taints the experts’ technical vocabulary, which then undermines the ability of negotiators to use and correctly understand the facts presented to them. One of the critical traits of a new governance negotiator is the ability to discern between subjective preferences and objectivity,[19] and tainted expert input blurs this important distinction.

Regarding issue framing, there is the risk that expert framing is actually unacceptable expert narrowing.[20] When considering expert input on a national policy scale, where specific experts offer one input among many, perhaps this risk is not too significant. However, in the context of new governance’s dispersion of pragmatic negotiators, this risk seems more pertinent. Specifically, as a reconceptualized individual becomes increasingly precise with her pragmatism, the means leading to her end become increasingly fractionalized. With this fractionalization of means comes multiple opportunities for expert input, and where this fractionalization becomes increasingly small, it may narrow the scope of applicable expertise. Thus, when specific experts offer their input as to a fractional component issue, their input may be the only expert voice that is heard. In such a case, issue narrowing seems to matter a great deal, as it narrows the cooperative mobility of the negotiator. Similarly, it may distort the fractional issue by masking the narrow focus of the expert as an objective reality.

One response to these concerns might be to superimpose the reconceptualized selves discussed in the negotiation sections onto the expert realm. Mindfulness, in particular may neutralize instances of biased objectivity. However, this does not seem to fully mitigate the issue narrowing concern. Even without issues of bias, the risk that extensive input by an expert at each fractional mean component may narrow the issue to the point of eliminating negotiating choice is still present. Perhaps what this requires is simply that, as negotiators increasingly fractionalize their issues of negotiation, the role of experts at each incremental stage should become decreasingly prominent. This may actually be a good thing for democratic participation, as it recaptures some of the political space that was displaced by expert science.

New governance negotiation provides a unique model for wide participation in a loose global framework with uncertain facts and positions. It also highlights some of the potentially negative impacts of expert rule on cooperative negotiation. How extensive expert input distorts this framework is uncertain, but there is reason to hope that input decreases as negotiation fragmentation increases.

* Adam Johnson is a J.D. candidate at Harvard Law School, where he is an editor for the Journal of Law and Technology. He holds a B.S. from the University of Idaho with concentrations in political science, philosophy and mathematics.

[3] The term “governance” is itself ambiguous. See, e.g., Rhodes, supra note 1, at 652–63 (arguing that the term governance has at least six uses); Myungsuk Lee, Conceptualizing the New Governance: A New Institution of Social Coordination, presented at the Institutional Analysis and Development Mini-Conference, Workshop in Political Theory and Policy Analysis, Indiana University, Bloomington, Indiana, U.S.A. (May 3, 5, 2003) (“It is likely that the concept of governance, which is intuitively appealing but ambiguous, is used for rhetoric rather than substantive reasons.”), available at http://www.indiana.edu/~workshop/seminars/papers/y673_spring_2003_lee.pdf. Moreover, the use of “governance” when describing “new governance” may be flawed, as it may imply that one central body does the governing while everybody else on the periphery is governed, which is fundamentally inconsistent with the goals of new governance. See Jody Freeman, The Private Role in Public Governance, 75 N.Y.U. L. Rev 543, 548 (2000).

[12] See S. Vitali, J. B. Glattfelder, & S. Battiston, The Network of Global Corporate Control, 6 Plos One 1, 4 (2011) (“Nearly 4/10 of the control over the economic value of [transnational corporations] (“TNC”) in the world is held, via a complicated web of ownership relations, by a group of 147 TNCs in the core, which has almost full control over itself.”); Anne-Marie Slaughter, Disaggregated Sovereignty: Towards the Public Accountability of Global Government Networks, 39 Gov’t & Opposition 159, 164–65 (2004) (“Perhaps the most frequent charge against government networks is that they are networks of technocrats.”); Robert Howse, From Politics to Technocracy––and Back Again: The Fate of the Multilateral Trading Regime, 96 Am. J Int. L. 94 (2002).

[15] See id. at 13 (arguing that, in the case of U.S. President George W. Bush’s decision to invade Iraq, it is not clear how free the President’s actual decision was after background experts propelled the momentum towards invasion); Patrizia Nanz & Jens Steffek, Global Governance, Participation and the Public Sphere, 39 Gov’t & Opposition 313, 317 (2004) (“Although the foundational legal acts of international governance are often subject to national ratiﬁcation processes, its everyday norms and standards are negotiated by non-elected experts and government ofﬁcials. They come together behind closed doors, free from the usual intrusion of mandated public representatives and interest groups in their decision-making processes.”).

[17] For a discussion of the need for expert participation in the global climate change sphere, see generally Sheila Jasanoff, A World of Experts: Science and Global Environmental Constitutionalism, 40 B.C. Envtl. Aff. L. Rev. 439 (2013).

[18] For example, consider Carol Cohn’s critical perspective on the phallocentric vocabulary of defense intellectuals and the vocabulary’s tunneling effect. See Carol Cohn, Sex and Death in the Rational World of Defense Intellectuals, 12 Signs 687 (1987).

[20] See, e.g., Cohn, supra note 18, 699 (considering defense experts’ use of language such as “vulnerability” and “survivability” to describe the attributes of weapons, without any discussion of corresponding human impact).